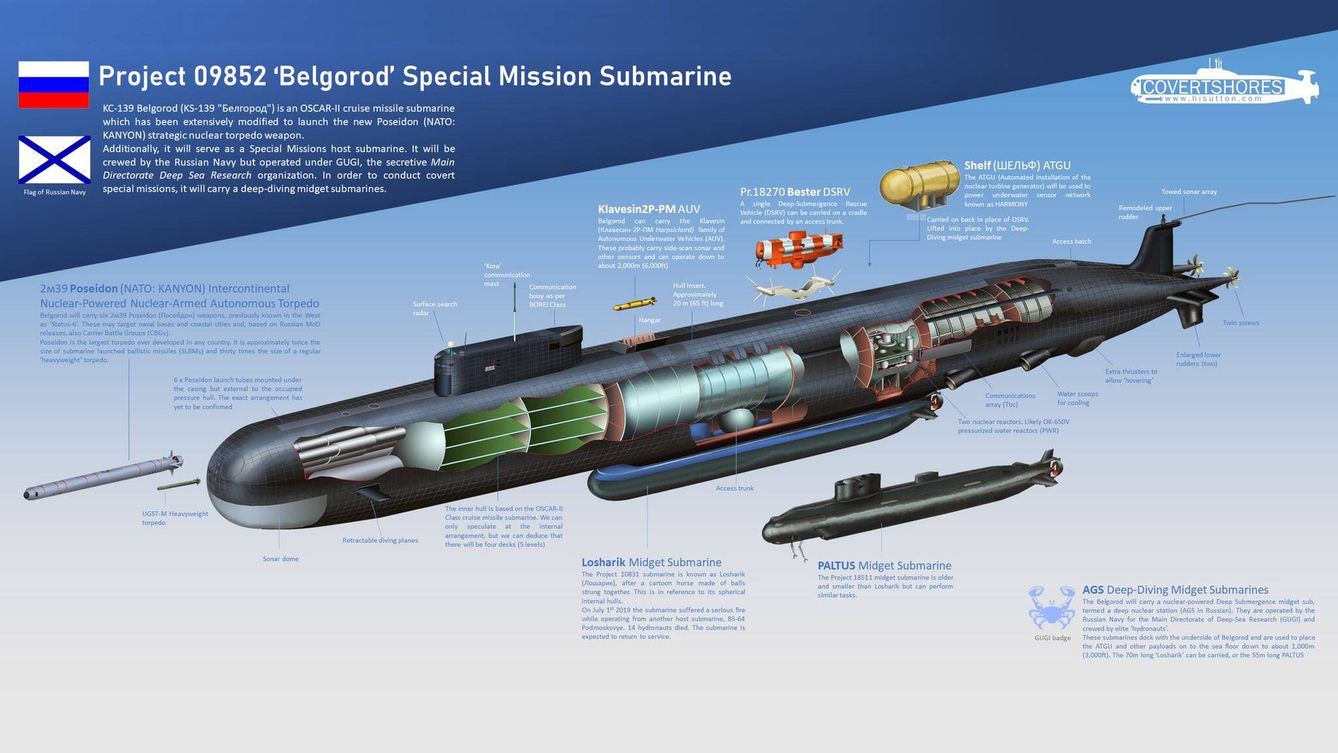 The new Russian submarine Belgorod´ is now operational, a military device designed to launch a nuclear torpedo `Poseidon´, one of the most feared weapons in Vladimir Putin’s arsenal. This torpedo is capable of traveling at 130 kilometers per hour underwater to explode with a power of 100 megatons, creating a ‘radioactive tsunami’ capable of destroying entire cities like Los Angeles or New York.

The Russians appear to have modified their hull to carry six Poseidon torpedoes, each with 100-megaton heads, on missions of up to four months’ duration. According to a naval expert, we know little of Belgorod’s technical capabilities. It has a length of approximately 178 meters and a special structure in the core to carry a submarine Losharik, a vessel of about 20 meters created to work at great depth in espionage and sabotage of communication cables and ocean pipelines. The Belgorod, says Sutton, can be equipped with other smaller manned submersibles and also acts as a drone mothership capable of performing destructive and espionage work.

The Poseidon is as simple as terrifying: this underwater torpedo is capable of circumventing any oceanic defense-such as the bug nets and ships that the United States has on its coast to detect attack submarines-to reach any coastal city, detonate a nuclear warhead of up to 100 megatons of power and bury all of New York, Long Island and the coast of New Jersey under a radioactive tsunami.

Poseidon is “part of a new type of nuclear weaponry. It’s in its testing phase. But it’s a strategic system and it’s targeting areas… It has an influence that goes far beyond the region in which they have tried so far”. Looks like last week they’ve gone from testing to real action. If the USNI information is correct, Russia has a new strategic capability ready for deployment.