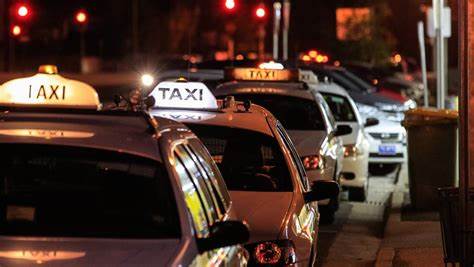 In recent months, there have been several attacks on taxi drivers. At the end of August, the cameras of a vehicle picked up the attack on a taxi driver in the middle of Barcelona street: a man wanted to enter the car violently, without respecting order. When the taxi driver reacted, the man decided to attack him, causing bruises on his head and arms.

Now, the cameras installed inside a taxi have recorded the aggression by a couple to the driver of the transport service. It has happened in France, specifically in the city of Nil.

There, the driver transports a man and a woman when, suddenly, the customer decides to cover his mouth while the car is moving. He quickly leans forward, not understanding anything, and tries to defend himself. It is just at that moment that the woman decides to attack him with more force, as can be seen in the images collected by the camera installed in the vehicle.

Before this, the driver decides to start shouting and, at the same time, to make a sharp maneuver, at high speed, which causes the two occupants to lose control in the back, which also begin to scream, and can not continue with the aggression.

In July 2019, around 03:30 in the morning, a taxi driver was beaten to death in a community garage by one of the residents of Santa Cruz de Tenerife.

After several surprise blows to the victim, including kicks to the head, neck and chest, the taxi driver suffered a traumatic and hemorrhagic shock that caused him to lose his life a few hours later.

Now, three years later, the Prosecutor’s Office of Santa Cruz de Tenerife asks for 25 years in prison, considering that the facts constitute a crime of murder, and paying compensation of 100,000 euros to the daughter and partner of the victim.