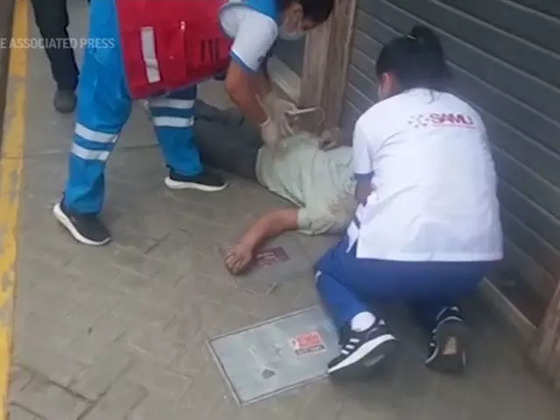 A total of 21 people have been found dead in the streets of Huanuco (Peru), after allegedly ingesting a type of toxic alcohol that is sold as liquor. Some people were found alive and had to be treated by ambulance, but most had died when the toilets arrived. Authorities inspected the local market for the source of the poisoning. They have taken several samples of cheap liquors, but the drink has not yet been identified.

“There are 21 cases reported in both sexes: 19 in men and two in women at different stages of life; but most of the cases are adults over 60,” said the regional director of Health, Vilma Llanto. He added that the deaths were recorded in the city of Huánuco (19 cases), one in the district of Amarilis and another in the province of Ambo. He detailed that 18 of the deceased were between 30 and 59 years old, two over 60 years old and one between 18 and 29 years old.

The regional director also said that all the victims were tested to know the origin of their death, so the samples have been sent to Lima together with those of alcohol intervened to determine their composition. Also to find out if methanol is the substance that caused their deaths.

Given this situation, the Huánuco Regional Government and the Regional Health Directorate issued an epidemiological alert with the objective of “to alert health personnel in the region to the probable occurrence of methanol poisoning in the districts of Amarilis and Huanuco and the risk of expansion in other districts”.

The document indicates that since September 28, the National Epidemiology Center, Disease Prevention and Control in Minsa is aware of the increase in methanol poisoning cases that have been treated since August 29 at the Sergio Bernales hospital in Lima.

Methanol or methyl alcohol is a product used in industrial applications, and is not for human consumption, as there is a risk of death between 12-36 hours after ingestion. Methyl alcohol is absorbed by mouth, skin, mucous membranes, and the lungs. It spreads rapidly and affects all organs, especially the brain, kidneys, and eyes.