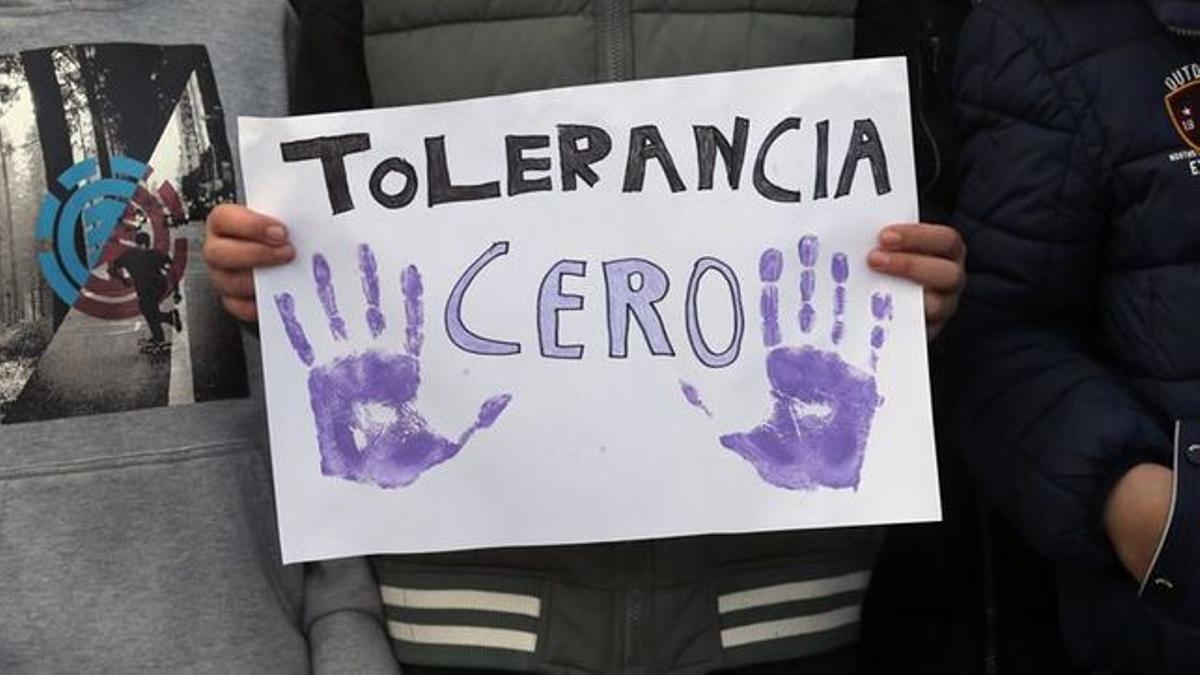 A 29-year-old man, Guillermo V. M., remains in police custody at the Alcoi Hospital after murdering his partner, Adoración G. G., 27, with whom he had lived with for less than a year. This new macho crime, the fourth so far this year, has generated a new wave of convictions throughout the C. Valenciana.

The murder, according to the testimony of the neighbors who alerted the police after hearing a scream and a thud in the inner courtyard, occurred around two in the morning on Sunday on the 8th floor, in the North Alcoi district.

The blow they had heard was that of the body of Guillermo V. M., a native of Alicante, landing on a roof on the first floor, after throwing himself off the balcony, according to him, to try to kill himself. When the officers of the Police arrived, they had to ask the firemen to help them access the point where the man lay so that the health services could assist him.

When they got to him, he was still conscious. That’s when, babbling, he asked if his girlfriend was alive, which triggered all the alerts. The police, with the help of the firemen, accessed the man’s floor. It was at this point that they found Adoration’s lifeless body, with a deep wound to the neck inflicted with a kitchen knife.

The young woman, who was from Alcoy, had never reported any abuse, something that is common in most of the women killed in episodes of male violence. While the agents of the Alcoi police station began the inspection and the coroner examined the girl’s body, her alleged murderer was treated by the paramedics and taken to the hospital, very close to his home.

Since he has had to be sedated, the police have not been able to read him his rights, so he is currently in police custody and cannot be formally arrested until he wakes up from induced sedation.

A neighbour claimed that «it is known that she had already mistreated her several times». She and other residents claim to have heard screams and altercations in the house, but none of them had called in or asked for help. Until yesterday.

The Alcoi City Council has decreed two days of mourning and today is scheduled a rally of repulse in that city, but also in Alicante and Valencia.

The 016 hotline serves victims of violence 24 hours a day, every day of the year. On this phone you will find the help of specialists in multiple languages. If you or someone you know is a victim of physical, psychological, sexual, economic or other violence, please call: the number is completely free of charge.

In case you need urgent help, call 112, the emergency teams will help you quickly.