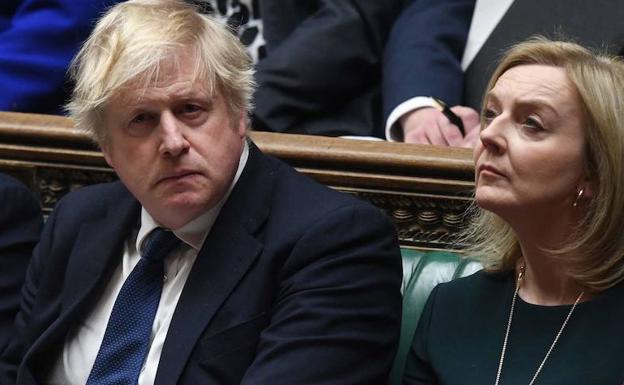 This Sunday, Boris Johnson announced his decision not to replace Liz Truss as leader of the Conservative Party and prime minister of the United Kingdom. In this way, he retires from a race in which practically only Rishi Sunak has remained.

In a statement, Johnson said that, despite having the necessary support of the Conservative MPs, he has come to the conclusion that “it simply would not be the right thing” because “you can’t govern effectively unless you have a united party in Parliament”.

In the same statement, the former prime minister said that he had managed to gather a total of 102 endorsements. However, such support was not enough, so it will not be presented and thus clears the way for the former Finance Minister during his term, Rishi Sunak, to become the next Prime Minister of the United Kingdom.

In fact, Liz Truss’ predecessor explains that she tried, unsuccessfully, to lead Tories and the UK, along with Sunak and Penny Mordaunt, the third favorite for the post. ” I contacted Rishi and Penny because I hoped we could unite in the national interest, but unfortunately we couldn’t find a way to do it,” he said.

The statement has already been met with reaction from several members of the Conservative Party, including Nadhim Zahawi who, twelve hours after showing his unconditional support for Johnson, has said that, after his resignation, he now supports Sunak.

Like Zahawi, several of Johnson’s longtime allies, including Suella Braverman and Steve Baker, have shown their support for the former minister. So far, Sunak leads the race thanks to the support of more than 140 supporters, while Mordaunt has a total of 24. The candidates must secure the backing of 100 deputies by 14:00 on Monday to stay in the race.