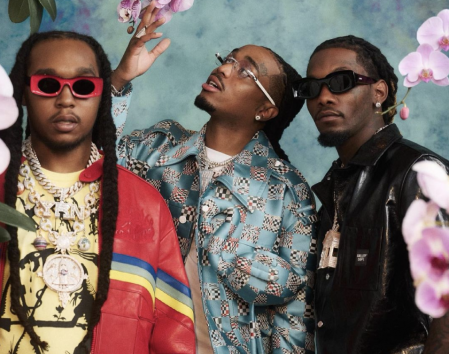 The American rapper ‘Takeoff’, from the group Migos, has been killed this morning at a private party at a bowling alley in Houston (Texas).

During the Halloween celebration there was a shooting in which he lost his life, ‘Takeoff’, 28-year-old, was shot in the head and two others were injured. The officers arrived at the scene around 02.40 in the morning and found 50 people there. The police also confirmed that another member of the group, ‘Quavo’ was also there. The police have not explained the reason for the shooting, but according to several American media it could have been caused by a dispute over a game of dice. There are no arrests at the moment.

After the news, the followers of the group Migos, showed their pain on social networks. Founded in 2008 in the city of Lawrenceville (Georgia), Migos was formed by rappers Quavo, Takeoff and Offset, although recently Quavo and Takeoff had released work together without the third member of the group. Among his most famous hits is ‘Versace’, released in 2013.

‘Takeoff’, whose real name was Kirshnik Khari Ball, is the latest rap artist killed in recent years, joining other rappers that have been victims of shootings such as Nipsey Hussle, Pop Smoke and King Von.