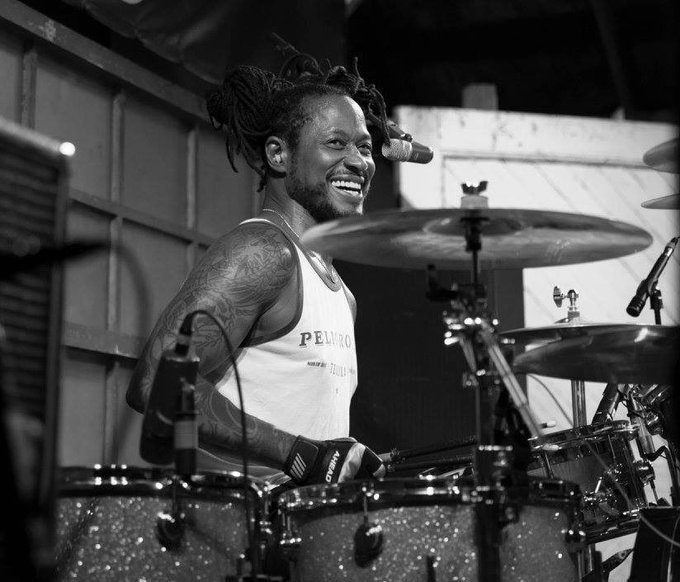 At the age of 63, and being known as a legend of rock sound in the musical world, drummer D.H. Peligro has died in an accident at home. The drummer was known worldwide for his work in the band Dead Kennedys, where he developed most of his successes in the first half of the 1980s, with a style that characterized him by mixing diverse musical genres in his work.

The band, which had officially separated in 1986, rejoined in 2001, and remained active until 2019, just before the outbreak of the COVID-19 pandemic. Thereafter, the band did not reunite and it was their last professional period together. Of the 11 members who became part of the band, only four remained, D. H. Peligro being one of them.

The official account of the band has issued a statement in which they are distraught over the death of one of its most recognized members: “The drummer of Dead Kennedys, D. H. Peligro (Darren Henley), died in his home in Los Angeles on October 28th. He died of a head injury after an accidental fall. Pending preparations will be announced in the coming days. Thank you for your thoughts and words of comfort”.

D. H. Peligro is the latest star to pass away this year. The first losses came on January 6, when well-known director Peter Bogdanovich and celebrated actor Sidney Poitier died. In February, the actress Monica Vitti, and in March, the actor William Hurt. In April, actor Jacques Perrin, well known for his role in the acclaimed film ‘Cinema Paradiso’, passed away, as did Spanish actress Rosa Mariscal, at just 52, due to cancer.

Two of the protagonists of the famous film ‘Goodfellas’, Ray Liotta and Paul Sorvino, died in May and July, respectively. In July, we were also left by actor James Caan, one of the best-known actors in the world, who rose to fame for playing Sonny Corleone in the ‘Godfather’ saga. August was also a month with two very important losses: the protagonist of ‘Grease’, Olivia Newton-John, and the cartoonist Jean-Jacques Sempé, world famous for illustrating the books of ‘The Little Nicholas’.

In September, filmmaker Jean-Luc Godard also passed away (by assisted suicide), actress Louise Fletcher and rapper Coolio also died. The most recent losses, which occurred this October, were those of actress Angela Lansbury, actor Robbie Coltrane, and musician Jerry Lee Lewis. Now, D. H. Danger joins this list of great faces that, in their cultural space, have acquired an importance of stratospheric dimensions.