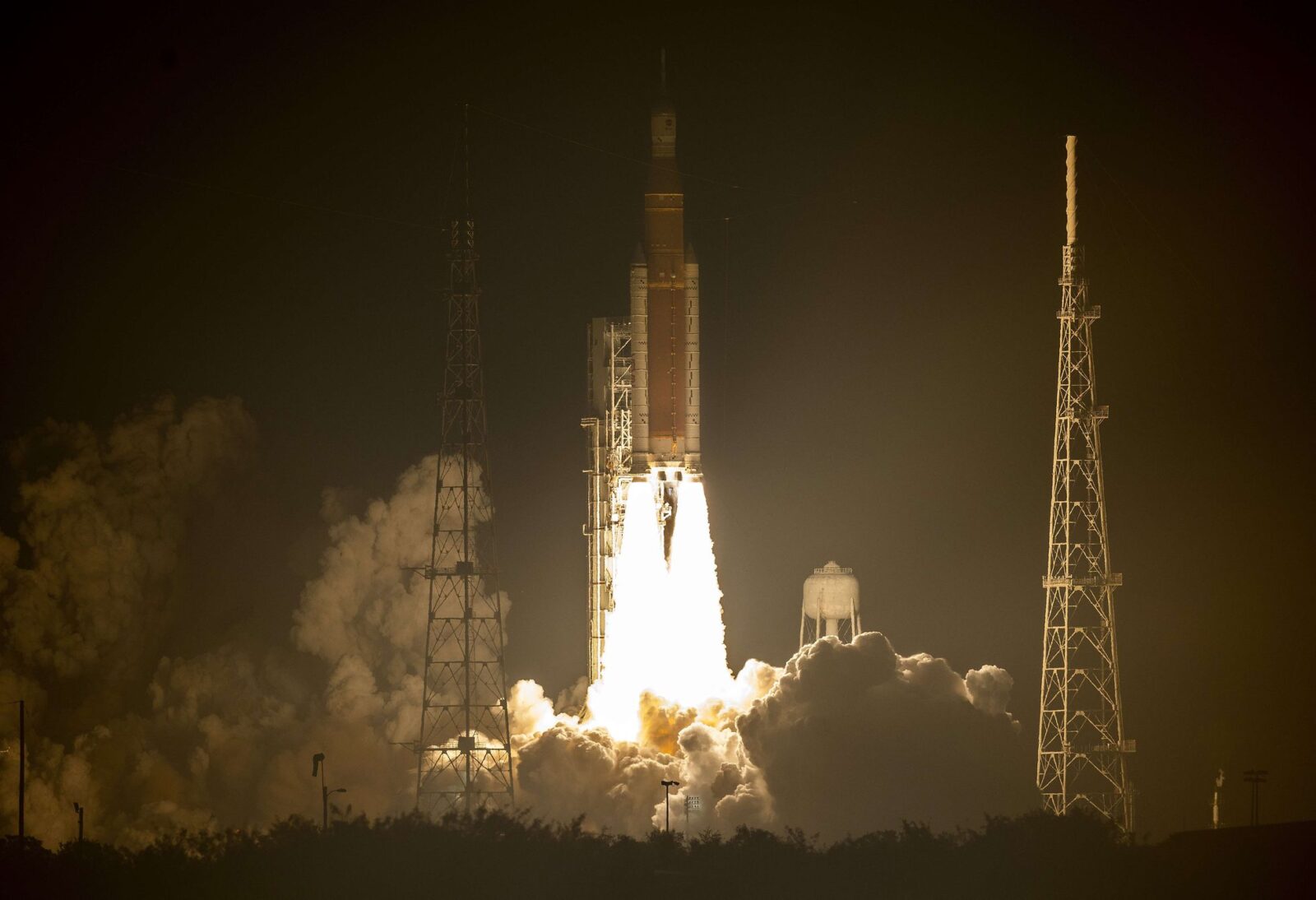 The unmanned spacecraft will fly over the lunar surface as the first test of the expedition that will take humanity back to the satellite in 2025.

Humanity has finally taken the first step to get to the surface of the Moon, after half a century of absence and two failed attempts in summer. The Artemis I mission, unmanned, has taken off this Wednesday from the Kennedy Space Center, in Florida, with the aim of rehearsing the expedition in which “the first woman and the first non-white person” will walk on the lunar soil within three years.

The Artemis I mission will travel more than two million kilometers in about 25 days, to fly over the surface of the Moon and return to Earth on December 11th, with a controlled landing in the Pacific Ocean. Only three mannequins and two fictional puppets travel on board: the dog Snoopy and the sheep Shaun. The takeoff this Wednesday was a crucial test for NASA’s new Space Launch System, the most powerful rocket in history, weighing 2,600 tons and rising above a 17-story building.

Artemis I marks the birth of a new era of space exploration, the goal now is to go to the moon to stay there. Future projects include the construction from 2028 of the Gateway space station, which will orbit the satellite and serve as a springboard for manned missions to the lunar surface, and the installation of a base on the Moon, with a module in which the astronauts can live. This training for otherworldly life will serve to seriously think about sending a human expedition to Mars from 2040.

The rocket launched this Wednesday, is the fruit of international cooperation and the work of more than 30,000 people. The United States, which leads the adventure, has manufactured the crew capsule. The European Space Agency has built the service module, which will provide oxygen and water to the astronauts, as well as propulsion and electricity, thanks to solar panels. The European aerospace giant, Airbus, has been the main contractor, with 3,000 workers dedicated to this module. In its facilities in the Madrid town of Tres Cantos, Airbus has developed the thermal control units of the ship, which will maintain an adequate temperature for crew and electrical systems.

NASA’s plan is to repeat a similar journey in 2024, Artemis II, with four astronauts on board. The third mission, Artemis III, would finally land on the Moon, around 2025. Two American astronauts, a woman and a man, will then walk along the lunar surface. The first European will have to wait. His wish is for a European astronaut to step on the moon before the end of this decade.