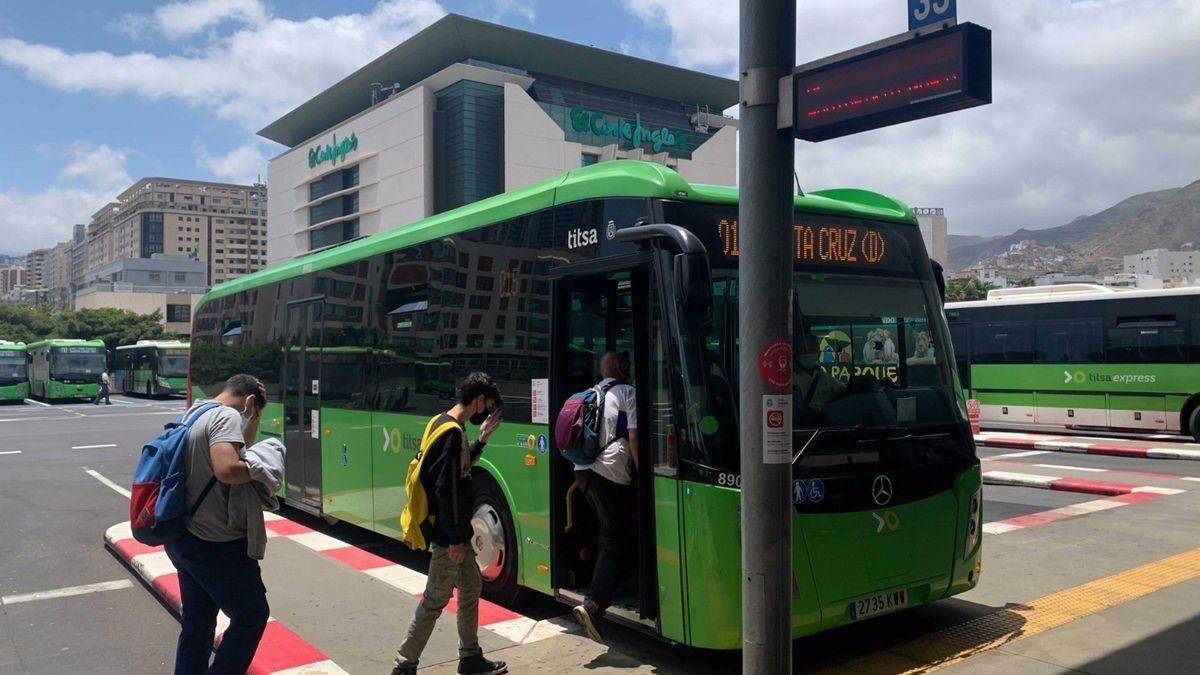 Buses and trams will be 100% free starting in 2023. An agreement has been reached with the central government, as announced by Coalición Canaria.

Coalición Canaria has reached an agreement with the Government of Spain to improve the financial statement of the Islands in the General State Budget, which includes the free transport from January 1st of the buses and the tram and which guarantees the support of its two deputies, Ana Oramas and María Fernández.

This was announced on Monday, November 14th, by the regional senator and national secretary of Coalición Canaria, Fernando Clavijo in a press conference in which he appeared with the deputies Ana Oramas and María Fernández to inform of the amendments to the PGE that have been accepted by the Government of Pedro Sánchez.

The negotiations have been open since last October between nationalists and socialists have come together in an agreement that also includes the recovery of the 100% subsidy for merchandise transportation and a specific plan for La Palma.