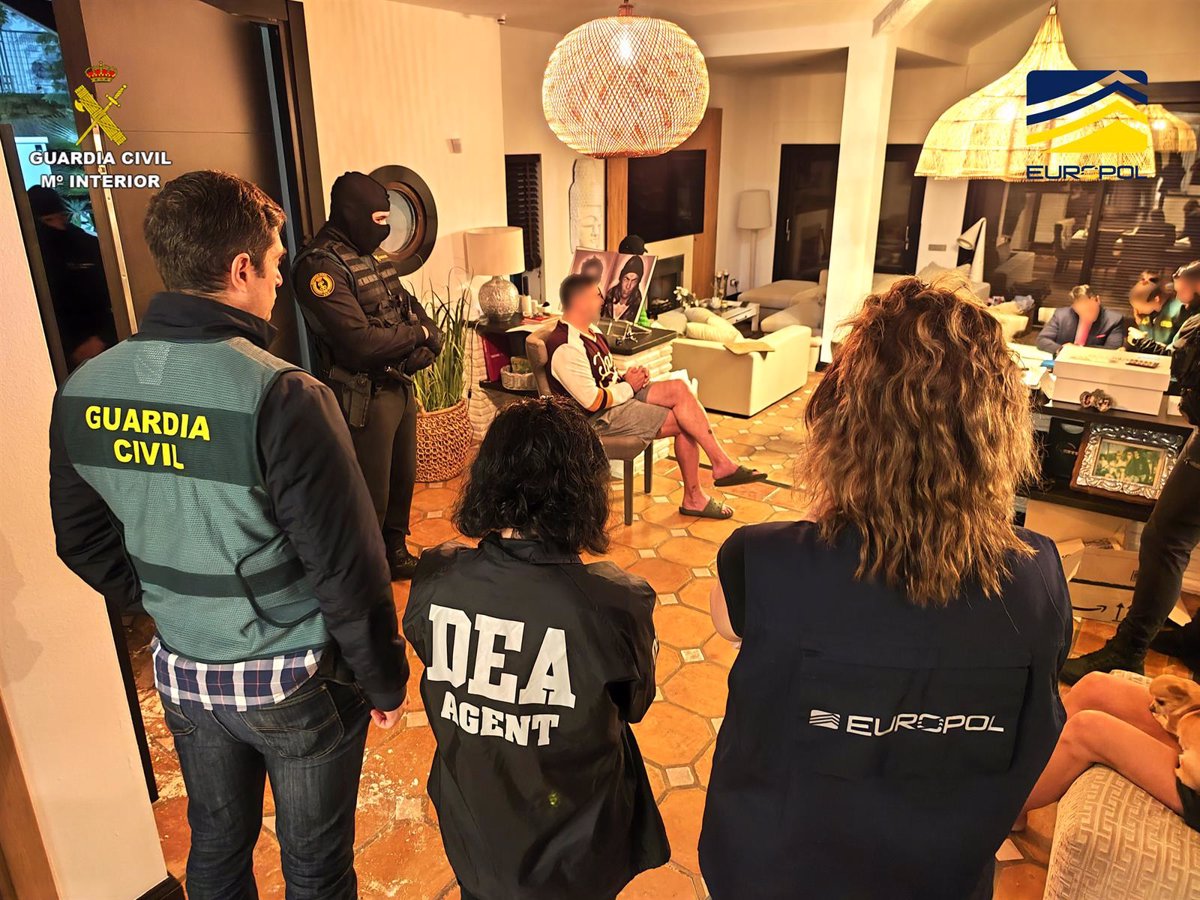 The Guardia Civil has participated in an international operation that has managed to dismantle in Dubai a ‘mega cartel’ that used Spanish ports to introduce a third of the cocaine circulating in Europe. Half a hundred people have been arrested in several countries, with two arrested in Spain and a third in Malaga. From Dubai, the leaders of this mega cartel, known to police as the “drug lords”, controlled and directed the criminal activities, under the conviction of being in a sanctuary where they felt untouchable and allowed them to maintain a high standard of living. More than 30 tonnes of cocaine have been seized that were intended to flood Europe with this drug.

In total, 49 people have been arrested in Spain, France, Belgium, the Netherlands and Dubai, of which seven are considered High-Value Targets (HVT) according to EUROPOL, having also participated in US law enforcement agencies (DEA), United Kingdom (NCA) and Bulgaria. Regarding the part that affects Spain, the Central Anti-Drug Group of the Central Operational Unit (UCO) has acted within the framework of the ‘Operation Faukas’ in Malaga, Madrid and Barcelona.

In Spain, 15 people have been arrested, including three priority targets for EUROPOL, two of them in Dubai and one in Malaga, after more than 21 searches of homes and companies related to this criminal organisation.

The operation began in March 2020 with the seizure of a container at the Port of Valencia with which they intended to introduce 698 kilos of cocaine, with no arrest or responsibility occurring at that time, although those responsible were located in Panama.

The investigation confirmed the operation of a criminal organization that was introducing containers with cocaine into it through the ports of Barcelona, Valencia and Algeciras, and had formed a complex corporate network of real estate investments in the area of the Costa del Sol in order to launder the profits obtained from drug trafficking.

It’s been possible to identify the leader of this organisation, a British citizen linked to the Costa del Sol and who had to leave Spain for an attempted kidnapping against him, moving to Dubai, From where he continued to direct and coordinate the criminal activities of the organisation, while maintaining contacts and drug trafficking businesses with the rest of the “drug lords” based in this city-emirate.

the Guardia Civil managed to identify the supplier of the drug in origin, turning out to be a Panamanian citizen also settled in Dubai, who would be responsible for the smuggling of the drug in the Port of Manzanillo (Panama) and who likewise maintained contacts with the other barons in the emirate.

This criminal organization, based in Spain, had two perfectly differentiated structures, the one responsible for the extraction of drugs in commercial seaports and another responsible for money laundering through Real Estate companies.

The other part, would be composed of people of great confidence of the leader of the criminal organisation, located on the Costa del Sol, center of its financial activities, from where they would have acquired movable and immovable property and shares worth around 24 million euros, thus integrating them into the legal economic circuit.