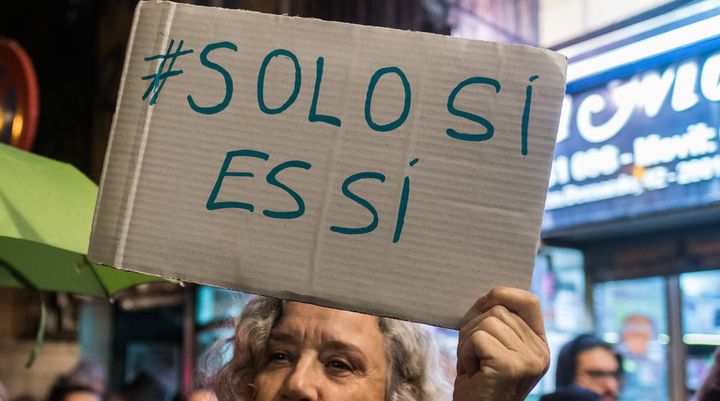 The law known as ‘only yes means yes’ comes out in the Congress of Deputies, which defends sexual consent and prohibits pornographic images being leaked online.

The Congress of Deputies has approved the ‘only Yes Means Yes’ law, a sexual freedom law that includes several innovations such as compulsory sex education for minors, the prohibition of advertisements promoting prostitution, and punishment by imprisonment for the dissemination of images or videos with intimate content.

The law of the only yes is advancing towards the Senate after the majority of Congress has shown its support for the law with 201 votes in favor, 140 against (PP and Vox) and 3 abstentions.

There will also be a channel available, guaranteed by the Spanish Data Protection Agency, that offers the possibility to report illegal content found on the Internet.

This new law on sexual freedom is the product of a series of amendments added a week ago in the Equality Commission, where it was about to fall but it ended up coming out in extremis thanks to precisely these amendments.

The Government’s aim was to reduce cases of sexual assault and abuse, which had unfortunately increased throughout the country in recent weeks.

The Minister of Equality, Irene Montero, has assured that it is a “very important day for women” because the “only yes means yes” or “the sister I do believe you” become a law. ” We will change violence for freedom and fear for desire,” Montero said.

She also wanted to thank the political parties for their support and for having an “honest and rigorous” debate.

The Act continues to amend the Penal Code to eliminate the distinction between abuse and sexual assault. It also makes explicit consent the key to prosecuting sex crimes.

Advertising and promoting prostitution will be prohibited and victims of sexual violence will be granted the right to residence and work.