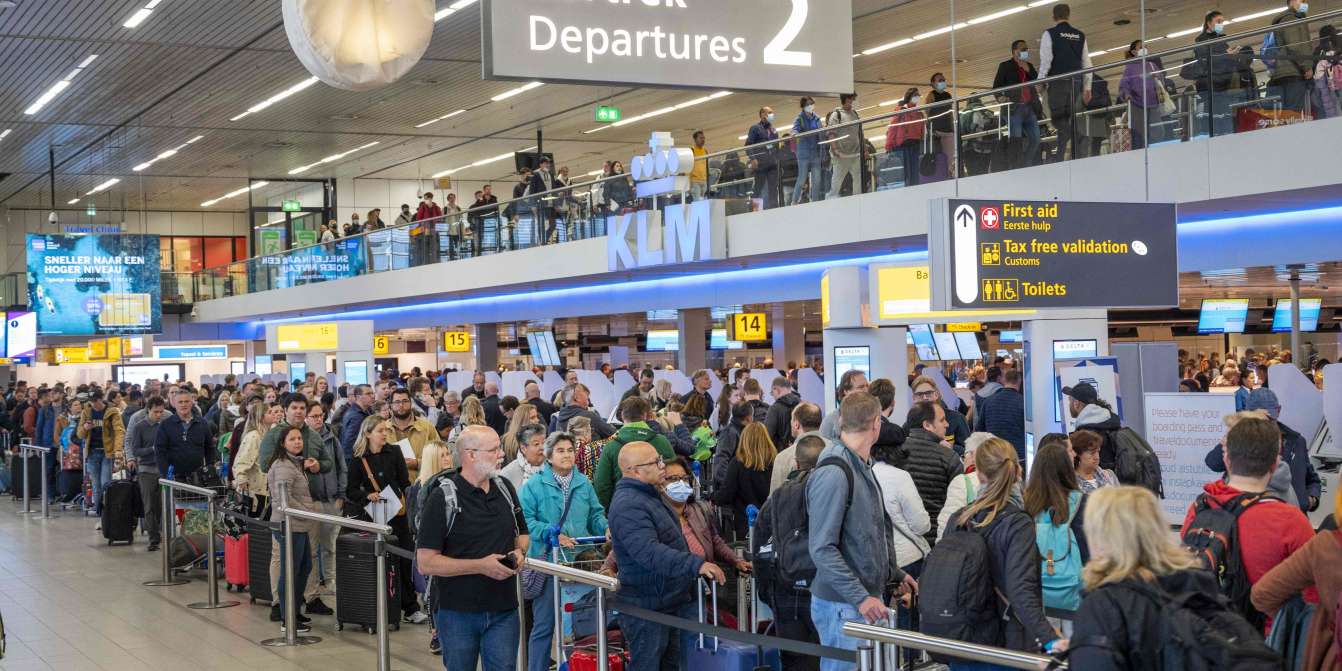 Here’s a guide to the EasyJet, Vueling and Ryanair strikes – and how they might affect your upcoming holiday.

It’s a hard time to be working in the aviation industry. Faced with staff shortages and huge levels of disruption, many workers at airlines and airports are facing long, stressful hours and poor working conditions. And, thanks to the cost of living crisis and pandemic pay cuts, loads of them are doing it all for lower wages, too.

Needless to say, it’s no wonder that so many staff at airports and airlines have already gone on strike over the past few months. From Italy and Belgium to Denmark and France, airports across Europe have seen thousands of flights delayed and cancelled. Strikes can have a serious impact on your holiday, so it’s best to be as informed about them as possible.

On December 8th and 9th, Portuguese airline TAP Air has announced the cancellation of 360 flights. The cabin crew are taking action in response to wage cuts, staff shortages and poor working conditions. The strikes will affect up to 50,000 passengers at destinations across Portugal.

For 72 hours from December 16th to 18th, baggage handlers working for 10 airlines at London’s Heathrow airport will go on strike as part of ongoing disputes over pay. Beginning at 4am on December 16th, the strike will involve 350 handlers at Heathrow Terminals 2, 3 and 4. It’s set to affect passengers flying with Aer Lingus, Air Canada, American Airlines, Austrian Airlines, Egyptair, Finnair, Lufthansa, Qantas, Swiss and TAP Portugal.

Two unions that represent Ryanair’s cabin crew based in Spain are set to go on strike for a whopping five months.

From August 8th until January 7th, cabin crews will strike from Monday to Thursday every week. It’ll likely affect Ryanair routes to airports in Alicante, Barcelona Palma de Mallorca and Sevilla. However, it’s worth noting that Ryanair has said that it doesn’t actually expect this strike to cause that much disruption.

If staff on strike cause your flight to be delayed or cancelled, the airline is usually obliged to help you and/or provide compensation. However, this often depends on the conditions of carriage of your airline, as well as the extent of your travel insurance. These should both be easily accessed on either your airline or insurer’s website.

However, if you book your flight already knowing that a strike is set to take place (ie. it’s already been announced by the union), you are exceptionally unlikely to receive compensation. Before you book, be sure to check for any strike dates not just at your intended airline but also at departure and arrival airports.

Of course, it’s worth bearing in mind that the threat of a strike is exactly that: a threat. Strikes are primarily used as bargaining chips in negotiations between unions and employers, so there’s always the chance that both sides will come to an agreement before one actually takes place.

In any case, if your journey involves any of the above airlines, destinations and dates, be sure to keep an eye on your flight status and prepare for a more disrupted journey than expected.