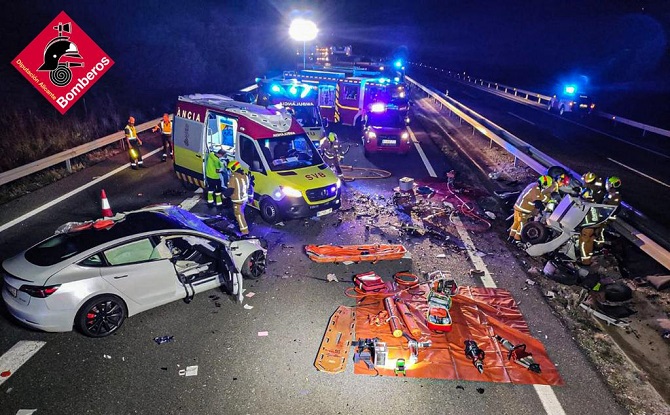 Just over the last week, 18 people have died in 18 fatal accidents recorded on intercity roads.

Last year ended with 1,004 people killed as a result of a road accident. This year, the figure has increased by 14%, and so far this year 1,068 people have died.

The return to post-pandemic normality has resulted in 4% more long journeys, whether for work or leisure. In these trajectories, the fatal casualties that have occurred, one in four people who died were not wearing a seat belt.

During this last week, 18 people have lost their lives in 18 fatal accidents recorded on intercity roads, according to sources from the General Directorate of Traffic (DGT). This data collects the fatal accidents occurred from December 2 to 15:00 until 20:00 this Sunday.

Traffic will keep until noon today its special device, as it was calculated 13 million journeys in this period of time, and there are those who are still returning to their homes. However, sources have indicated that at eight in the afternoon the situation was calm and there were no entry stops in the big cities.

Excessive speed and distractions remain the main causes of traffic accidents, but road crime is on the rise. We drive as we live, say the experts. Rushing, alcohol consumption and drugs are the most common causes of the accidents.

At the moment, vans have also been specifically inspected. The most common violation of these vehicles is to drive above their permitted speed. As a result, almost 1,500 van drivers have been checked, of whom 59 were positive for alcohol, 71 for drugs and 205 with defective tyres..