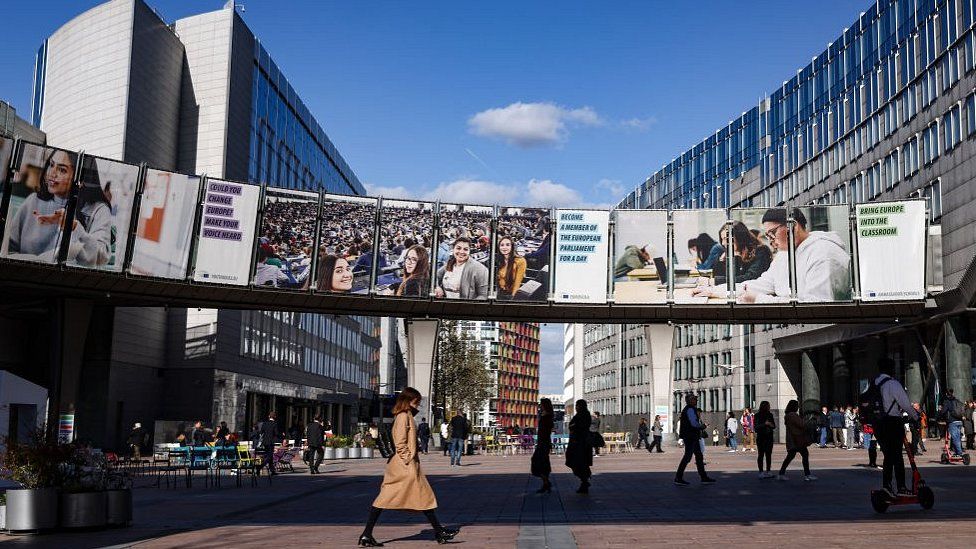 Belgian investigators searched offices at the European Parliament in Brussels on Monday, in a probe into alleged bribes from World Cup host Qatar.

It was the 20th search carried out since Friday and the parliament president, Roberta Metsola, warned MEPs that “democracy is under attack”.

Qatar has denied any wrongdoing and Ms Kaili’s lawyer says she is innocent.

“She declares her innocence and that she has nothing to do with bribery from Qatar,” Michalis Dimitrakopoulos told Greek TV on Tuesday.

Asked if money had been found at Ms Kaili’s apartment, her lawyer said: “I have no idea if any money was found or how much was found.”

Searches have taken place both in Brussels and in Italy. Since Friday, the IT resources of 10 parliamentary employees have been “frozen” to prevent the disappearance of data necessary for the investigation.

Four suspects arrested by Belgian police have been charged with “participation in a criminal organisation, money laundering and corruption”, prosecutors said in a statement on Sunday. They will appear before a pre-trial court on Wednesday.

Ms Kaili – an MEP for eight years – was suspended from her duties as one of 14 vice-presidents by parliament president Metsola. A vote will take place at the European Parliament in Strasbourg on Tuesday to strip her of her roles, ahead of an emergency debate on the scandal.

She has also been suspended from the parliament’s Socialists and Democrats Group and expelled from the Greek centre-left Pasok party.

The activities of a property company set up about two weeks ago by the MEP and her husband in Athens have also been frozen.

Six people were detained on Friday as part of the investigation into allegations that Qatar bribed EU officials to win influence. Two were later released.

No suspects have been publicly named, but Ms Kaili is understood to be among those who have been indicted.

The three other accused are all Italian citizens and her partner Francesco Giorgi, who is a parliamentary assistant, is among those reportedly charged.

Another suspect is Luca Visentini, general secretary of the International Trade Union Confederation, according to sources.