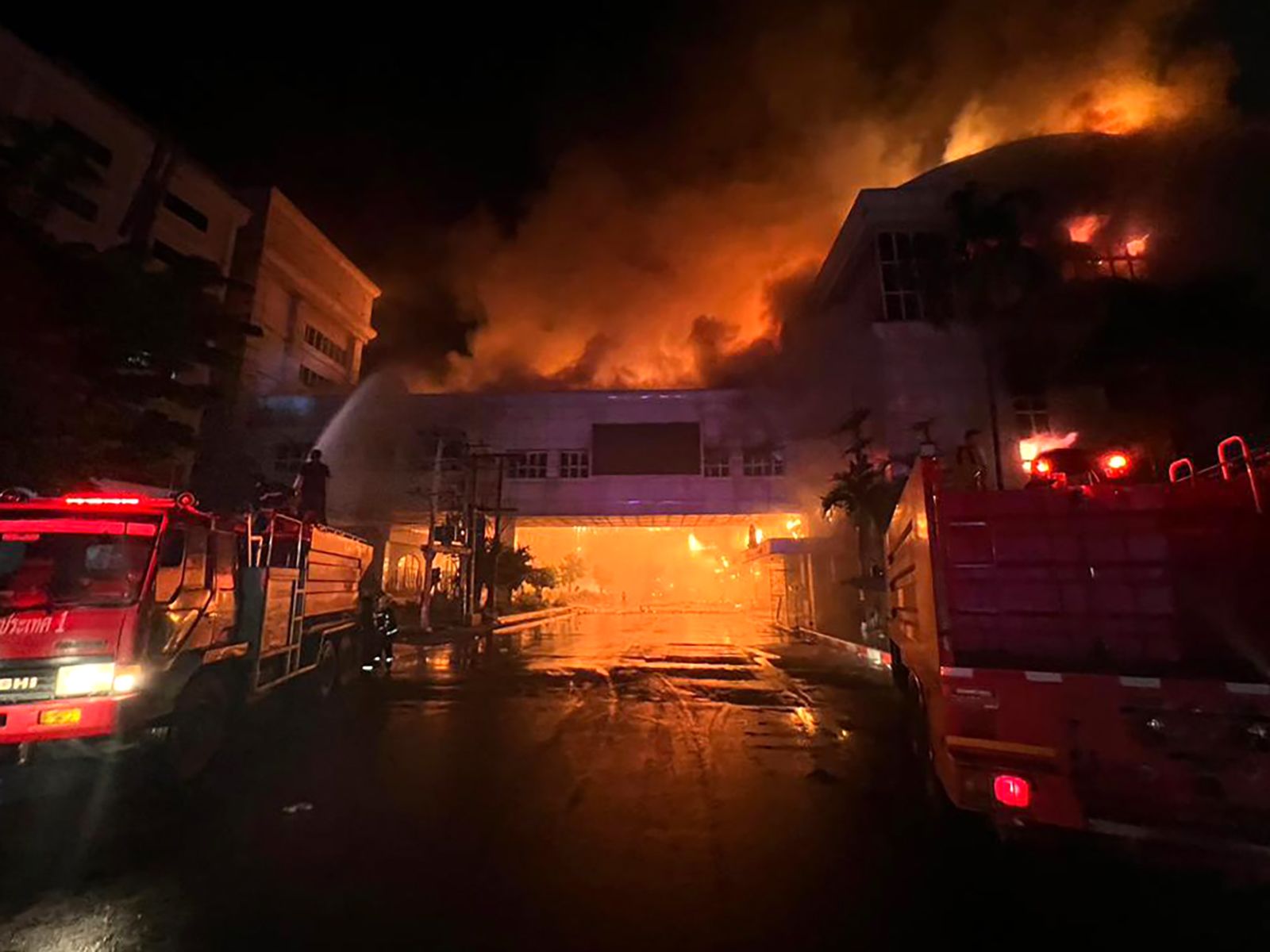 The flames have spread very fast. The fire has left at least 30 injured.

A fire struck early this morning in Cambodia. Flames surrounded a casino in the country and left at least 10 dead. The number of wounded is also high, rising to 30 so far. The fire has spread rapidly, making extinction difficult. At the moment, the fire is controlled, although the search continues for possible victims.

Helicopters are working in the area to try to save trapped people or look for possible victims. Some of those who were there have jumped into despair. At least 30 people have been injured as a result of burns from the flames, smoke inhalation, and jumping into the street from several floors high.

The fire originated in the town of Poipet, in western Cambodia, after a gas tank exploded near the complex. Specifically, the fire has started at the Grand Diamond City Casino and Hotel in Poipet, located on the border of Cambodia with the Thai State, according to international media.

Around 05:00 am (local Cambodian time) a gas tank exploded near the casino, seriously damaging the building and injuring pedestrians passing by. At this moment, the fire is under control.

Several witnesses, following the explosion, saw some people jumping into the void from the casino building. Two foreign nationals have died. A group of employees and customers would also have had difficulty getting to safety. The fire spread rapidly from the bottom floor, blocking the exit. In addition, another group of people climbed onto the roof of the building, from where they were evacuated with the help of helicopters from the emergency services.