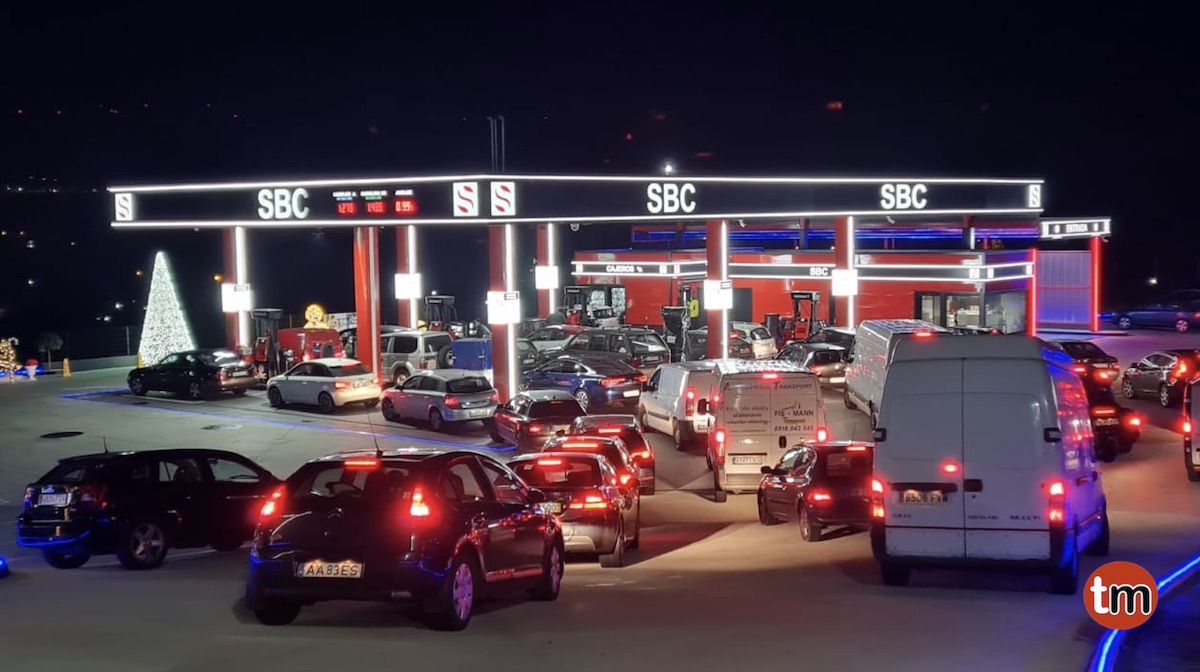 In recent days, long queues have been observed in gas stations throughout Spain to take advantage of the fuel bonus. Starting tomorrow, the government discount will only be available for some sectors.

With the arrival of the new year, Spain ends the bonus of 20 cents per liter of fuel approved by the Government. Starting this Sunday, January 1st, the Spanish will pay approximately one euro more for every 5 liters of fuel.

This has caused that, throughout this Saturday, one of the most striking images of the day has been the long queues at gas stations to fill the full tanks.

“I have the deposit practically empty, so with more reason I will take advantage” has assured a driver. “We would all benefit from the discount because life is very expensive at the moment”, said another citizen referring to the rise in prices for several services, such as mobile phone contracts, which will also become more expensive from 1st January.

At best, they say, the wait has exceeded 20 minutes. At others, more than 45 minutes. And it is not a one-off image: during these last days of bonus, it has been seen all over Spain.

However, the Government has announced that this bonus will be maintained for some sectors, specifically for those most affected by this increase in the price of fuel: the main carriers or farmers.

The bonus measure was included in Royal Decree-Law 6/2022 of 29 March, which established urgent measures within the National Plan of Response to the socio-economic consequences of the war in Ukraine. From this Sunday, however, only the following sectors will benefit from this discount:

In this sense, the Catalan employers PIMEC has asked the Ministry of Economic Affairs to revise the new regulation and extend this bonus to those who are self-employed or own small businesses that have an intensive use of the vehicle in the operation of their businesses. For example, vehicles intended for commercial activity or the distribution of products.

Also, since PIMEC have proposed to contribute the 4,250 million euros that the State will save by restricting the discount “to the maintenance of economic activity”.