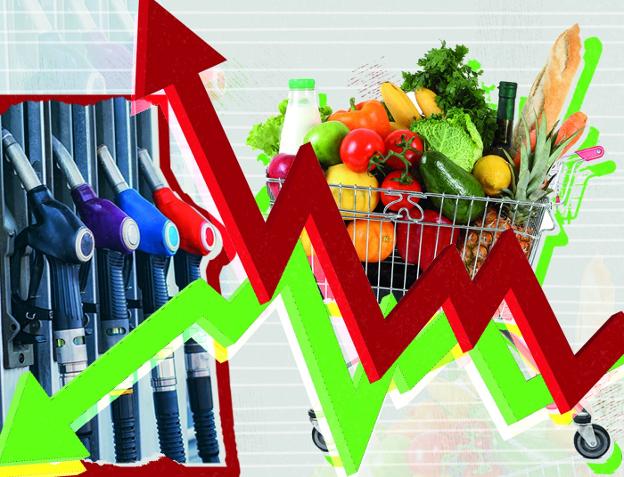 Food, mortgages and phone rates rise from this January 1st with the arrival of this new year.

2023 starts with changes that can affect our pocket with ups and downs in many products and services. Food, mortgages and phone rates rise from January 1st.

Those who have a mortgage and who have to review it soon will have to be aware of the Euribor. It is at historic highs can cause an increase of up to 250 euros per month.

Although the rent limit is maintained after the Government extended the 2 per cent limit in the rental price update until 31 December 2023. Rental prices for contracts to be renewed by 30th June will also be frozen over the next six months.

Since the 1st of January the new system of contributions for real income enters into force. This lowers the quotas for workers who earn less than 1,300 euros, but increases for those who exceed 1,700 euros of monthly earnings.

For those on high incomes, they will start paying the new tax to the big fortunes. This new tax will be temporary, according to the government, and will affect those who have a wealth of more than three million euros.

Another increase is also in pensions and the amount of the Minimum Living Income (IMV). From January the 1st, they will be between 8.5% and 15% higher, according to the CPI. The IMV, which is currently 1,081.59 euros per month, will increase by 15%. This is the highest revaluation in history.

Electricity and gas bills will be kept with VAT reduced to 5%, at least for the first six months of 2023. The price of the butane cylinder has been frozen and remains at a maximum price of EUR 19,55.

Public transport continues to be subsidised in areas such as Catalonia, Valencia, La Rioja, Navarra, the Basque Country and the Community of Madrid. In these communities, the regional governments will apply 20% to avoid an increase in the amount.

In the case of Cercanías, Rodalíes and Media Distancia, they maintain their 100% bonus on transport.