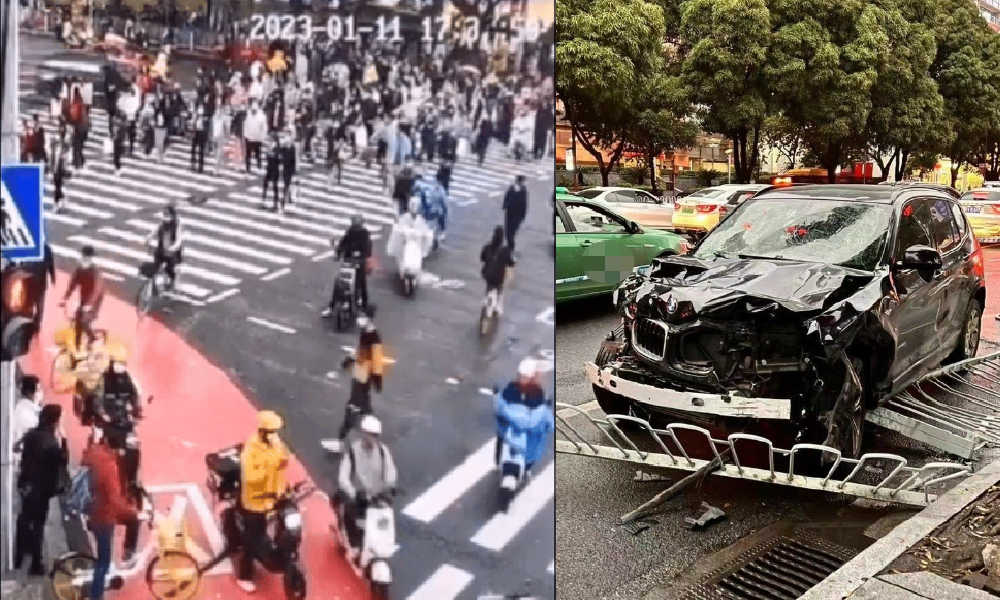 The driver has already been arrested. He ran over pedestrians crossing the street in Guangzhou.

Disturbing images are coming in from China. A man has killed five people and injured 13 others in a multiple hit. The driver ran over dozens of pedestrians as they crossed a street in the city of Guangzhou. The assailant was speeding. When he braked, he threw money bills out the window into the crowd.

After the hit, the vehicle fled the scene, leaving the victims lying on the ground. The driver is already in custody and the accident is under investigation. The images show a black car running over pedestrians at two separate crossings at the intersection of four tracks in a busy luxury shopping district of the city of 19 million inhabitants.

The incident occurred at a junction near Zhengjia Plaza. Although the driver did not stop, he was eventually arrested by the authorities.

In addition to the arrest of this individual, it is known that the perpetrator is 22 years old. He ran over several people while driving a black BMW and has been taken into police custody. In addition, he is under investigation.

At the moment, the causes of this outrage are unknown, which has left 5 dead and a dozen injured.

In Castellón, three pedestrians also died after a 24-year-old man caused a multiple hit on Avenida Alcora. The driver tested positive for alcohol. The accident resulted in three deaths and one injury was treated by medical services.

The vehicle went off the road, running four pedestrians on the sidewalk. The victims were two women aged 70 and 79 and a man aged 63.