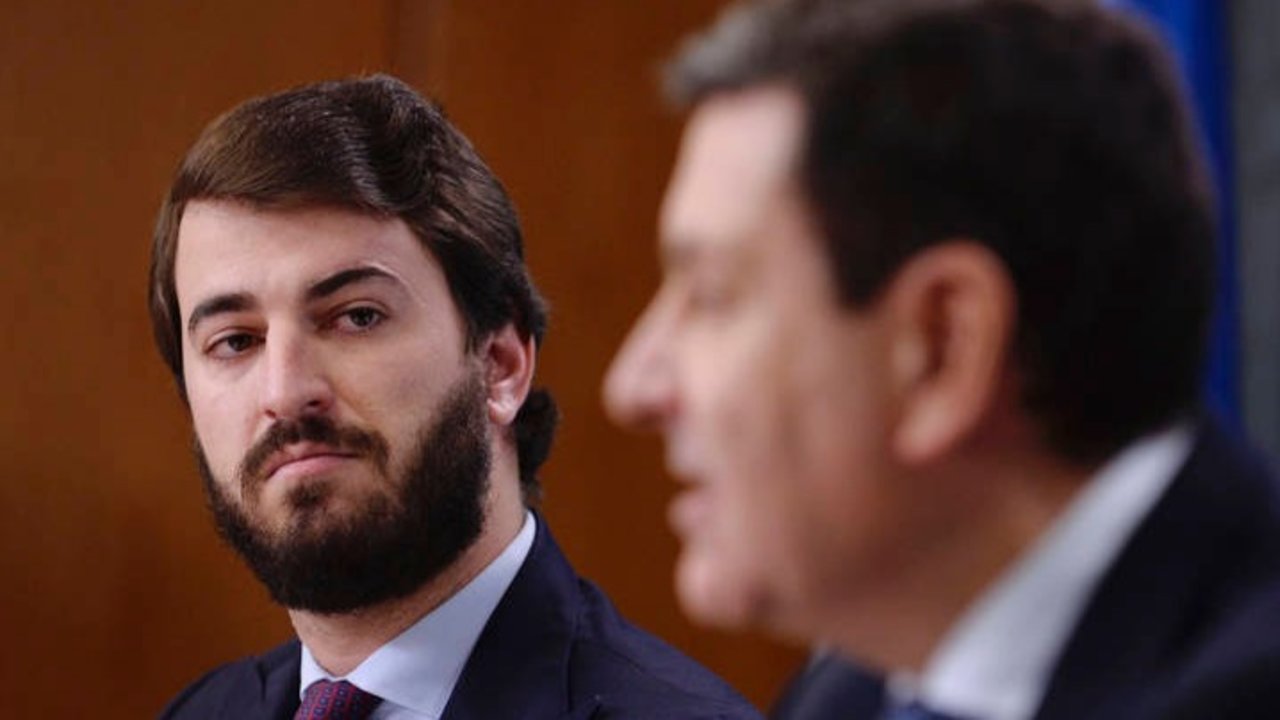 The Government of Castile and León, where PP and Vox are allies, plan to launch on Monday the protocol with which it intends to reduce abortions in the region, although the content and legal force of the measures is ignored, since they have not been published in the Official Gazette of Castile and León today nor sent to any of the hospitals consulted this morning in León, Burgos and Valladolid. The anti-abortion measures announced by the ultra Juan García-Gallardo, regional vice president, have led the central government to address an official request to the Ministry of Health for this “refrain from adopting or applying any measure that does not comply with the current regulations” with respect to abortion for “possible violation of fundamental principles”. The Minister of Health, Carolina Darias, warned this morning that it will go all the way to stop “this outrage” and to defend the right of women to terminate pregnancy without coercion, which includes appealing the measures to the Constitutional Court. The regional vice president defended the protocol this morning, but said that what will be mandatory is not to apply the measures: “What will be mandatory is the possibility of providing information on the fetal heartbeat and the 4D ultrasound”

The new anti-abortion protocol in Castile and León, which is supposed to encourage doctors from that community to offer pregnant women the possibility of hearing in the first trimester of pregnancy the heartbeat of the fetus and contemplate a 4D ultrasound (with moving image), is not yet known, although it is supposed to be applied by doctors. This morning no protocol, instruction or order had been received on this matter either in the primary care services or hospitals in León, Valladolid or Burgos or in any of the gynecology services in these capitals, reports Juan Navarro.

As Garcia-Gallardo said, among the “pro-life” measures, this also includes the referral to mental health services of pregnant women “who require it”, including those who express their willingness to abort. The vice president, at the presentation of the controversial protocol last week, criticized the “social drama” of abortion and defended these measures for women to make “much more conscious” decisions and admitted their ignorance about how a pregnancy develops. This morning he insisted on the full validity of the measures announced, but not published; he stressed that it is not up to him to launch the instruction to the regional health, but to the Ministry of Health, and stressed that everything is the result of a PP-Vox pact in the autonomous government: “What I have is an agreement within the government and in writing,” he told his popular allies, who since Thursday have been trying to get rid of the controversy.