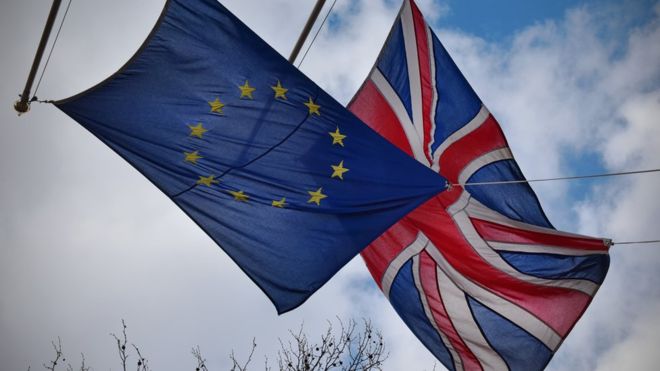 The UK economy would be hit by leaving the EU, but the impact would be “small” and unlikely to lead to big job losses, according to credit agency Moody’s.

The UK could also be allowed to keep many of its trade terms with the EU so as to avoid disruption, Moody’s said.

But the Britain Stronger in Europe group said it was further evidence that leaving would damage the economy.

The Moody’s report comes after the CBI warned a British exit from the EU – known as a “Brexit” – could cost the UK economy £100bn and nearly one million jobs.

A vote to leave in the 23 June referendum would create significant uncertainty that would hamper economic growth, according to Moody’s.

But the ratings agency said this would be partly offset by a decline in the pound – making UK exports more competitive – and by companies having time to adjust during UK-EU negotiations that it expects to last for at least two years.

“Our central view is that the negative economic impact of Brexit would be relatively small,” the credit agency said.

As a result, Moody’s would “not expect to see significant increases in unemployment or [interest] rates, or substantial declines in property prices across the UK as a whole”.

Matthew Elliott, chief executive of Vote Leave, said of the report: “The UK will not face trade barriers after we Vote Leave, jobs will be safe and our credit rating will not be affected.”

However, Lucy Thomas, deputy director of Stronger In Europe, said: “By leaving, we would unavoidably end up with worse trade terms. That would hit British industries such as car makers and financial services, putting jobs, low prices and financial security at risk for British people.

“Until the Leave campaigns can specify exactly how they would avoid that, going out on our own is a risk we can’t afford to take.”

No trade deal would be as good as the one the UK currently has, she added.

Moody’s said: “We expect that, over time, the UK and EU would come to an arrangement to preserve most – but probably not all – of the current trading relationships, thereby limiting the impact on UK exporters and supply chains of UK importers.”

This is because both the UK and EU would want to avoid large-scale disruption, it said.

The ratings agency also pointed to HSBC’s recent decision to keep its headquarters in London as evidence the capital would still be an attractive home for financial services firms.

“Although there are clear downside risks to the City of London’s standing as a global financial centre, in our central scenario we do not see Brexit materially damaging its strong position,” it said.

Gas, electricity, water and broadband networks would see “little” impact from a Leave vote, despite the UK having to replace existing EU regulations.

The agency looked at 200 UK companies for the report, finding that the risks of a “Brexit” would mainly centre around: additional trade barriers; investment decisions; regulatory changes; and curbs on migration.