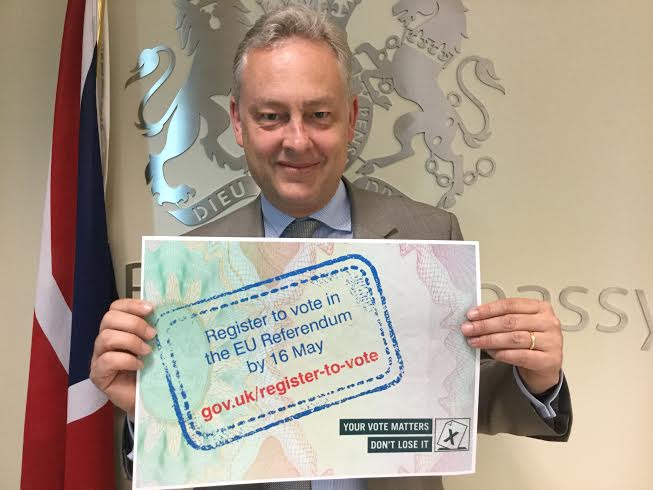 British expats living in Spain have until Monday 16 May to register for a postal vote in the EU Referendum. That is the deadline for making sure you can receive your ballot papers in the post and send them back in time for your vote to be counted. Voting papers will be sent out in the week beginning 23 May.

If you do miss the deadline for a postal vote, you can still register atwww.gov.uk/register-to-vote but you will need to choose someone in the UK to vote for you, known as a proxy vote.

Alex Robertson, Director of Communications at the Electoral Commission, says:

“If you register to vote by 16 May it should be easier to vote by post, as postal votes for the referendum will be sent out earlier than usual, giving you more time to receive, complete, and return your ballot pack to the UK.

“If you wish to vote by proxy, bear in mind that the person you choose to vote on your behalf must be registered and eligible to vote at the referendum.

“The EU Referendum is going to be a significant event and we know lots of UK citizens will want to make their voices heard. Please spread the word. You can go to www.aboutmyvote.co.uk for more information.”

“I know there is a huge amount of interest among Brits in Spain in the EU Referendum. Almost 100,000 people with Spanish IP addresses have so far visited the government webpage where you can register to vote.

“Ultimately, it is for the British people to decide whether we should remain in or leave the European Union, but, whatever they think on the issue, I would appeal to my fellow Brits in Spain not to miss the chance to have their say in this once-in-a-generation referendum.”

Worldwide, more than 140,000 Brits living overseas have now completed the voter registration process since the start of the year. But nearly half of British expats in Spain who are eligible to vote in the UK still remain unaware that they can go online to register to vote, according to a survey by expat website AngloInfo, carried out for the Electoral Commission.

In fact, you can apply online in five minutes with just your National Insurance number and passport to hand. Simply go to www.gov.uk/register-to-vote by 16 May, and apply for your postal vote.

Expats who are active on social media can use http://bit.ly/22zluRK as the short link that will take other British residents in Spain to the ‘register to vote’ webpage.