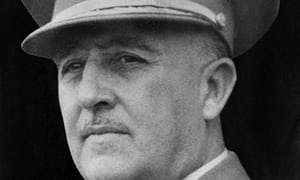 The family of Gen Franco has said it will not co-operate with the Spanish government’s efforts to remove the dictator’s remains from the mausoleum where they have been interred for the past 43 years.

Spain’s new prime minister, Pedro Sánchez, has made Franco’s exhumation a priority and said the body would be removed over the summer from its tomb in the basilica of the Valley of the Fallen outside Madrid.

The move is part of the socialist government’s efforts to help Spain come to terms with the legacy of the civil war and the Franco dictatorship.

In May last year, Spanish MPs approved a symbolic resolution to exhume Franco and have him reinterred elsewhere. Sánchez has said his government will make good on that mandate imminently.

“The wounds have been open for many years,” the prime minister told parliament this week. “Too many years. The time has come to close them.”

However, the Franco family says the exhumation is not up for discussion.

“There’s nothing to talk about,” the dictator’s grandson, Francisco Franco Martínez-Bordiú, told the Guardian. “The position of all us siblings is very clear – we’re not going to facilitate things. This is an act for indefensible political ends.

“My grandfather was buried there through a state decision taken by the prime minister and the king. Now they don’t want him in there and that’s absurd.”

Franco accused Sánchez’s minority government of opportunismin search of a PR victory. “They’re trying to win votes with public money and doing this isn’t very expensive,” he said. “They’re going after votes on the radical left.”

Asked whether the family could stop the exhumation, he replied: “I’m not saying the government can’t do this – a government can do a lot of things – but we’re not going to facilitate this.”

The Valley of the Fallen, which was partly built by captured republicans and political prisoners, is a mass grave containing the remains of more than 30,000 people who fought on both sides of the war.

Although ostensibly a monument to all those killed in the conflict, only two graves are marked: Franco’s and that of José Antonio Primo de Rivera, the founder of the Falangist party.

Franco’s grandson rejects suggestions that the Valley of the Fallen is a divisive monument and less a site of reconciliation than a shrine to a dictator.

A government source said the “political decision” to remove Franco’s remains had been taken following the recommendations of a panel of experts commissioned to look into the matter by the previous socialist government in 2011.

“There’s nowhere else in Europe where you have a monument to a dictator – not in Italy and not in Germany,” said the source.

“One of the most important ways to close the painful chapter is to do away with the monument in which a dictator is buried. Everything would obviously be easier if the family had agreed to receive the body but this is where we are.”

At the end of June, Sánchez said the Valley of the Fallen was a bitter anachronism. Asked if he could imagine how odd an experience it must be for a German to visit the site, he said: “It is for Spaniards, too – that’s why not many go.”

He added: “Spain needs a monument that unites rather than divides citizens. This government has committed to converting the Valley of the Fallen into a place of reconciliation rather than the place of division it currently is.”

The prime minister, whose government recently announced plans to create a truth commission to investigate crimes against humanity committed by the Franco regime, said the intention was to help people deal with the legacy of the civil war.

“It’s very important because many people in this country are looking for the remains of their loved ones, which still lie in ditches,” he said. “We’re seeing the exhumations of lots of bodies from the civil war and it’s an initiative that’s designed precisely to close wounds and not open them.”