The prime suspect in the investigation into the death of Spanish schoolteacher Laura Luelmo has confessed to her killing. Bernardo Montoya began by lying to Civil Guard officers, according to sources from the investigation. But after hours of interrogation, during which his lawyer was present, and after offering several unlikely versions of events, he eventually admitted that he was responsible for the murder.

Luelmo died at the age of 26 as the result of a blow to the head at some point between Friday and Saturday, according to the results of the preliminary autopsy that was carried out yesterday. But she went missing on the evening of Wednesday, December 12, leaving unanswered questions about her whereabouts over the space of those two or three days.

In a case that has shocked Spain, the Civil Guard on Tuesday arrested Montoya, 50, who was living in the house opposite Luelmo’s rented property in El Campillo. Luelmo had only recently moved to the town, located in the southern Spanish province of Huelva, to take up a teaching position.

Since Montoya’s confession, investigators have ruled out that Luelmo was held captive by the self-confessed killer, believing instead that he attacked her and stuck her in the trunk of his car shortly after seeing her leave her house on December 12, the day she disappeared. The preliminary results of the autopsy revealed that she did not die until December 14 or 15, suggesting that she was left seriously injured at the location where Montoya abandoned her. 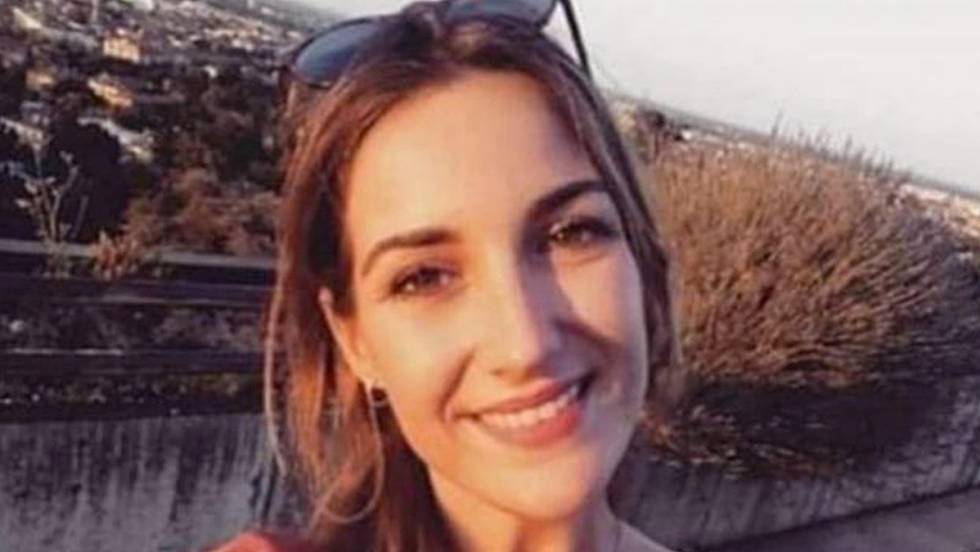 Sources from the investigation revealed today that during his statement, Montoya admitted that he tried to rape the young woman. “She asked me if there was a supermarket near and I sent her to a blind alleyway,” he reportedly said. “I grabbed her and I smashed her head into the trunk. I tied her hands behind her back and wrapped her up in a blanket. I took her clothes off from the waist down and tried to rape her, but I didn’t manage it even though she was unconscious.”

After a massive search operation by the authorities and volunteers, Luelmo’s body was discovered on Monday with visible signs of violence. She was found face down in bushes and half-naked. The fact that her clothing was found scattered around the crime scene – “her pants on one side, her underwear on the other,” according to sources from the investigation – and just meters from the corpse suggests that she was killed in the same place, and that her assailant used “extreme violence” to subdue the victim after a struggle.

The same sources explained that there were marks on her neck, leading them to conclude that she “resisted a great deal.”

The autopsy will determine whether there is DNA evidence from the attacker present on the body. Investigators said that they were confident that such genetic evidence will be sufficient to prove the suspect’s guilt, since the body was discovered relatively quickly and there had been no rain, which will facilitate the collection of evidence.

Montoya has a long criminal record, having been released from prison in October after serving a two-year, 10-month sentence for robbery. He had previously served 17 years and seven month for the 1995 killing of an octogenarian in nearby Cortegana, in a bid to prevent the woman from giving evidence against him in a robbery case.

When he was out on parole in 2008, he assaulted a hairdresser from El Campillo with a knife, which put him in jail for another 18 months.

Montoya was on top of the list of the Civil Guard’s suspects in the Laura Luelmo murder case, and sources from the investigation said that they were following him and waiting to arrest him once the body was found. He was held on Tuesday near Cortegana after he abandoned his vehicle, having spotted Civil Guard officers, and tried to escape on foot.

Montoya had aroused the suspicions of residents of El Campillo after the attack on the hairdresser, and Luelmo herself had told her boyfriend that she didn’t like the way that he looked at her, according to sources from the investigation. He reportedly would spend a lot of time sitting in the doorway of his house – directly opposite the victim’s rented property – monitoring the movements of the teacher, who had lived there just four days.

The crime has shocked Spain, which has seen several high-profile murders of women in recent years, including that of Diana Quer, an 18-year-old from Madrid who went missing in August 2016 while vacationing with her family in Galicia. In January of this year, the Civil Guard found the body of the 18-year-old inside a well at the site of an abandoned warehouse in Rianxo and arrested her suspected killer, a local man named José Enrique Abuín.

The twin brother of the suspect in the Laura Luelmo case, Luciano Montoya, killed a 35-year-old woman in the year 2000. The modus operandi of Bernardo’s brother did not differ much from his own: he was sentenced to 15 years in jail for lying in wait for the woman, who he also killed as a reprisal for having reported him over the theft of a purse.

Several media outlets in Spain had pointed to Luciano as the main suspect in the killing of Luelmo. But this would have been impossible, given that he was in jail at the time of the disappearance, and was not released until the day the body was discovered.

The family of Laura Luelmo on Wednesday called for respect and understanding “in these painful moments,” Spanish news agency EFE reported. Relatives asked to be spared additional pain through “hoaxes or rumors.” In a statement, the family of the young woman explained that the “only important thing right now is to clear up the facts, so that justice can be done, and maintain the privacy of Laura and her family.”

Her relatives added that they have not, and will not, make any statements nor will they take responsibility for those published by media outlets made by people outside of their family circle. “From our silence we beg that you do not cause us more pain by voicing or spreading hoaxes or rumors that would force us to take the appropriate legal measures,” they concluded.