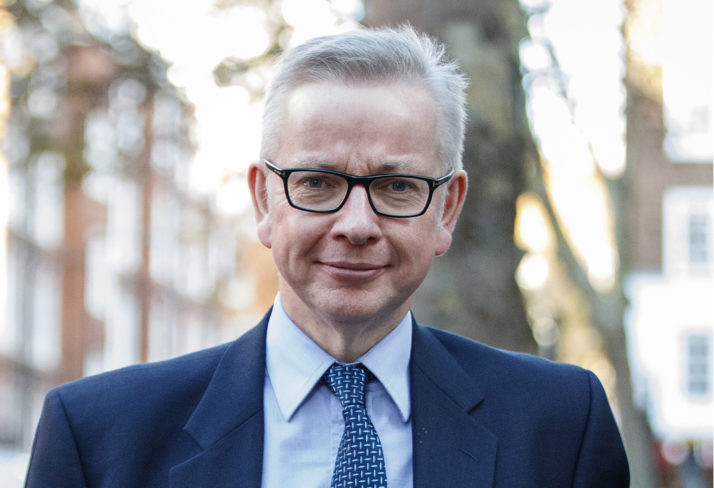 The UK government will do all it can to ensure traffic flows through ports after Brexit, its minister in charge of no-deal planning has said.

He said there was a new government under Boris Johnson, taking steps to ensure the UK was “properly prepared” for Brexit on 31 October.

Port towns in England are being given an extra £9m to pay for preparations.

Wales, Scotland and Northern Ireland will share an extra £1.7m of funding – which the Welsh Government deemed was “too little, too late”.

The leaked dossier – codenamed Operation Yellowhammer – warned of food and medicine shortages if the UK left the European Union without a deal.

Mr Gove told the BBC that he had “seen those projections several weeks and months ago”.

“They were material that was produced under the last government when Theresa May was prime minister,” he said.

“The assumptions in that document were the product of work done then.

“We have a new government now, and under this new government we’ve been taking steps to make sure that we are properly prepared for exit on October 31.”

The comments came as the UK government announced £9m extra funding for communities in England with major ports to help pay for Brexit preparations.

“Each local authority will have its own local resilience plan and will decide what is appropriate in its own specific set of circumstances,” Mr Gove said.

Asked if he could guarantee no disruption at the ports, he added: “We’re doing everything that we can in order to make sure that traffic continues to flow.

“I can’t guarantee that there will be no delays – even today before we’ve left the EU I witnessed a delay here because one particular haulier in good faith didn’t have the right documentation.

“Delays can occur at any point, but we’re seeking to ensure that we minimise the prospect of delays so that whatever bumps in the road we face we’re able to ride them out.”

It is also on the shortest route across the Irish Sea to the Republic of Ireland, with a sailing time to Dublin of just over three hours.

Wales, Scotland and Northern Ireland will share an extra £1.7m funding as a result of the new money for English local authorities.

Under Treasury funding rules – known as the Barnett formula – the devolved administrations can spend the money however they wish.

However, the Welsh Government said the new funding was “too little, too late”.

“We have worked with local authorities and port and ferry operators over the past 12 months to put in place robust contingency plans to reduce disruption caused by Brexit,” a spokesperson said.

“However, it is clear that despite our extensive planning, a no-deal Brexit would be disastrous for Wales and place significant pressures on the ports and surrounding communities.”

Mr Gove also confirmed the UK government was reviewing its tax plans amid concerns that the UK’s oil refineries could be threatened by a no-deal Brexit.

Refinery bosses have claimed they face a “danger to viability” from cheaper imports if the current 4.7% tariff on fuel imports from non-EU countries was scrapped, while exports to the EU faced new charges.