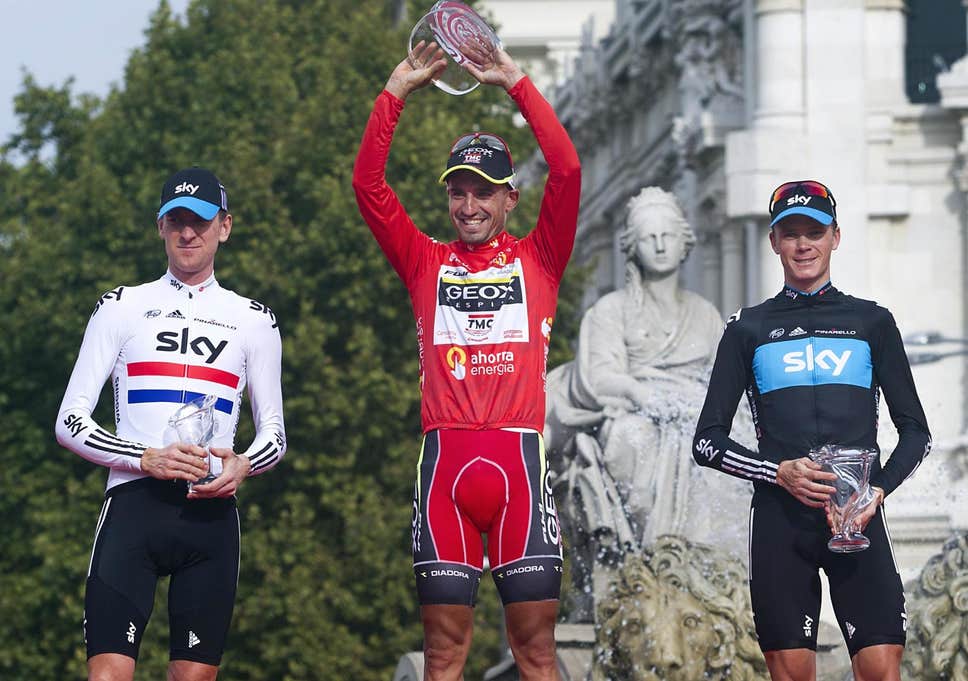 Chris Froome has been belatedly awarded his red jersey for winning the Vuelta a Espana in 2011.

The race winner – Spain’s Juan Jose Cobo – was disqualified after being found guilty of violating anti-doping rules, a decision which promoted Froome from 2nd and his Team Sky teammate, Bradley Wiggins from 3rd.

It means Froome’s tally of Grand Tour wins moves from six to seven.

“This title, this red jersey really does mean a lot to me”, said Froome. “That race back in 2011 was incredibly special for me. It was the race that I first started to believe in myself as a Grand Tour contender. It was the race where I had my first professional victory and I’ve got some really special memories.”

“To be named the winner eight years on does feel a bit strange on the one hand, but at the same time it’s a really special one to add to my palmares”, said Froome.

“It would’ve been so different had I actually won it back then. Being able to stand on that podium in Madrid and soak up the feeling of winning my first Grand Tour and being the first British rider to ever win a Grand Tour, that would’ve been an amazing feeling.”

Froome is currently out of action as he recovers from a horrific crash at the Criterium du Dauphine which left him with a fractured neck, femur, ribs and broken hip.