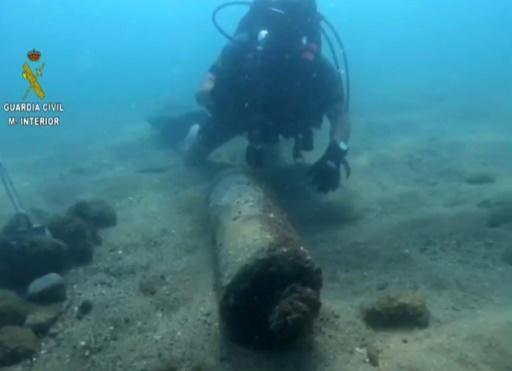 A bomb dating back to Spain’s 1930s civil war was detonated on Monday near the beach in Barcelona where it was discovered at the weekend, prompting the evacuation of sunbathers, police said.

The bomb contained 70 kilogrammes (150 pounds) of trinitrotoluene, a “highly volatile” substance, forcing explosives experts to move it one nautical mile away at sea, a spokeswoman for the Civil Guard police force said.

Using diving lifting bags, designed to move objects underwater, they eventually detonated the bomb at a depth of 45 metres (150 feet), she added.

According to Barcelona city hall, the bomb dated back to the civil war during which the Mediterranean city suffered numerous bombings by the Italian air force that supported general Francisco Franco’s nationalists, who eventually won the conflict.