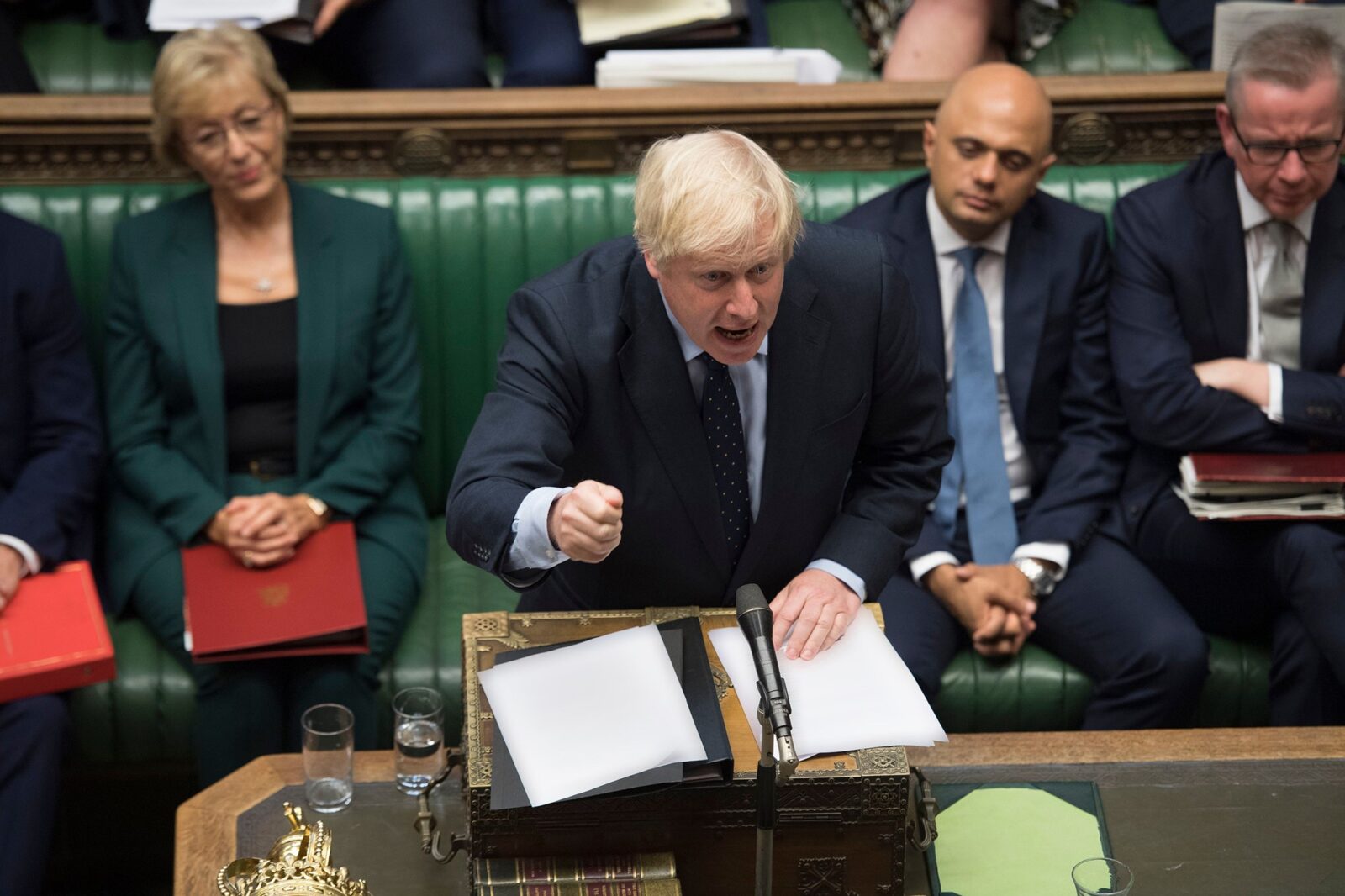 Boris Johnson swore in the House of Commons during his first Prime Minister’s Questions as he branded Jeremy Corbyn a “chlorinated chicken” for snubbing a general election.

The prime minister told MPs he is ready to push ahead with an election on 15 October if they succeed in legislating against a no-deal Brexit later on Wednesday.

He accused the Labour leader and other opposition parties of supporting a “surrender bill” in their efforts to prevent the UK from leaving the EU without a divorce agreement.

On Tuesday night, Mr Johnson suffered defeat – in the first Commons vote he has faced – when MPs voted to seize control of the Commons timetable from the government.

They will later use this opportunity to introduce a bill, which aims to compel the prime minister to seek a fresh three-month delay to Brexit if he fails to secure a new deal with the EU next month.

Mr Corbyn accused Mr Johnson of trying to “run down the clock” to the current Brexit deadline of 31 October, as he challenged the PM to provide details of the alternative proposals he is providing to the EU.

Responding to the Labour leader, the prime minister told MPs he wants to secure a Brexit deal by the European Council summit on 17 October and “get Brexit done”.

He added: “What his [Mr Corbyn’s] surrender bill would do is wreck any chance of the talks and we don’t know his strategy at all.

“He’s asking for mobs and Momentum activists to paralyse the traffic in his name.

“What are they supposed to chant? What is the slogan? ‘What do we want? Dither and delay. When do want it? We don’t know.’

“That’s his policy. Can he confirm now that he will allow the people of this country to decide on what he is giving up in their name with a general election on October 15 – or is he frit?”

Labour have said they will not vote for an early general election, in the face of Mr Johnson’s challenge, until the efforts to legislate against a no-deal Brexit succeed.

Mr Johnson will likely need two thirds of MPs to vote for an early election and he therefore requires Labour’s backing.

The prime minister noted how Mr Corbyn has frequently voiced concerns about the impact of a trade deal with America and subsequent alterations to UK food standards.

Again challenging the Labour leader to an election, he then quipped: “There’s only one chlorinated chicken in this House.”

Mr Corbyn accused Mr Johnson of being “absolutely desperate to avoid scrutiny” over his Brexit strategy, during which the prime minister appeared to implore the Labour leader to “call an election, you great big girl’s blouse”.

He added to MPs: “I think they’re both”.

Labour MP Tanmanjeet Singh Dhesi was later applauded in the Commons chamber as he called on Mr Johnson to apologise for his “derogatory” past comments.

He said: “I understand the hurt and the pain felt by Muslim women when they are called bank robbers and letterboxes, and the prime minister must apologise now for his derogatory and racist remarks which have led to a spike in hate crimes.”

In response, the prime minister said: “Under this Government we have the most diverse Cabinet in the history of this country.”

He also claimed there has been “no ounce of an apology from the Labour Party for the antisemitism which is deep in their ranks”.