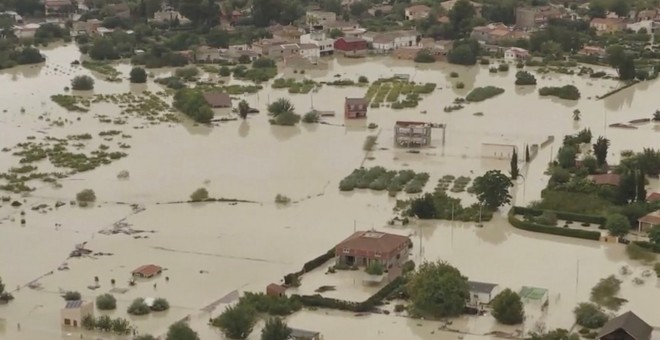 The worst storm to hit eastern Spain in the last 140 years finally let up on Sunday after wreaking havoc in Valencia, Alicante, Murcia and Almería.

The torrential downpours caused rivers to burst their banks, dragging cars and people away, flooding streets, forcing thousands from their homes, and destroying at least 300,000 hectares of prime agricultural land according to early estimates.

At least six people have died after being caught by the floodwaters. Military personnel were deployed to the region to help rescue thousands trapped inside vehicles, homes and campsites.

Authorities warn that it is still too early to put a precise figure on the damage caused by the most devastating storm since 1879, when floodwaters killed over 1,000 in Murcia and Orihuela, according to the national weather agency AEMET. 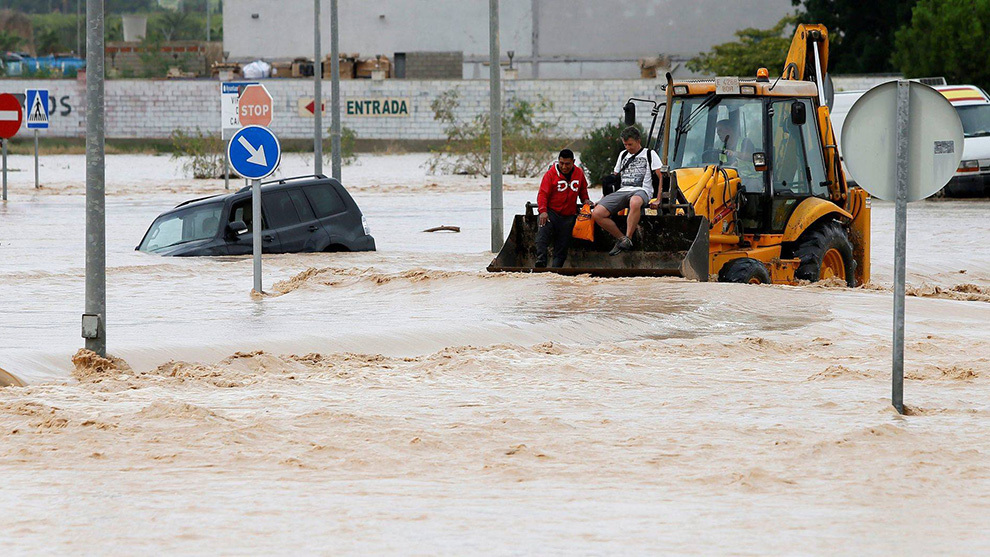 The head of the Valencia region, Ximo Puig, has asked for “something like a Marshall Plan” to help with reconstruction, and the regional government of Murcia wants its own damaged areas to be declared a disaster zone.

The slow-moving storm system, known officially as an upper-level isolated depression (DANA) but more popularly as a “gota fría,” or cold drop, began moving northwest on Sunday after losing a lot of its destructive power.

Typical of the autumn season in the Mediterranean region, the cold drop causes violent downpours in a short space of time. Ontinyent in Valencia province recorded 250mm of rainfall in 12 hours, around 10 times the normal amount for this time of the year. Gale-force winds also triggered small tornadoes in places like the seaside resort town of Dénia.

One of the worst-hit municipalities was Orihuela, a town of 75,000 residents in Alicante province, which was isolated for three days due to flooded roads. The latest reported fatality, a 41-year-old man, was from Orihuela. 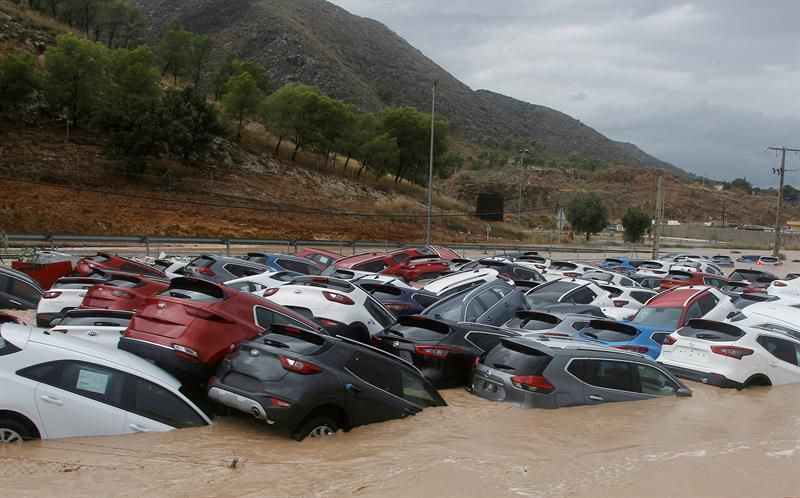 The area of southern Alicante province known as Vega Baja was particularly hard hit after the Segura river overflowed, submerging thousands of hectares of flat agricultural land that is often referred to as Europe’s orchard.

Other Vega Baja municipalities such as Almoradí and Dolores continued to evacuate people on Sunday out of fear that the Segura would overflow again.

The Alicante Association of Young Farmers (Asaja) said that around 150,000 hectares of cropland located between Elche and Pilar de Horadada will be lost. And Murcia’s Union of Small Farmers and Stockbreeders (UPA) provided a similar figure. But the total number is bound to be significantly higher once other affected areas calculate the damage.