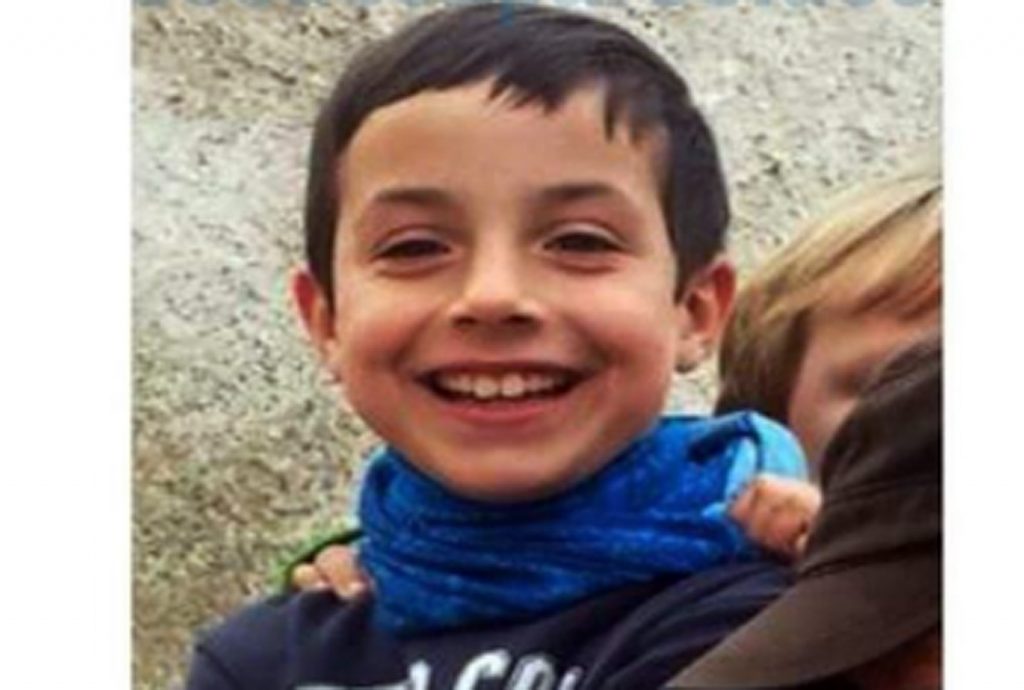 The 45-year-old from Dominican Republic, whose victim was the son of her then-partner, could become the first woman to be handed down Spain’s new life sentence

A jury of seven women and two men on Thursday found Ana Julia Quezada guilty of murdering Gabriel Cruz, the eight-year-old child of her then-partner, Ángel Cruz. They also found her guilty of two counts of inflicting psychological harm on Gabriel’s parents, given that for 11 days after the child disappeared, there was an extensive search for him in which Quezada actively participated, making public shows of support for Gabriel’s father.

The jurors spent two days deciding whether Quezada, a 45-year-old immigrant from Dominican Republic, committed murder or reckless homicide, as her defense argued. They also debated whether aggravating circumstances such as premeditation applied, as held by both the public and the private prosecution.

They concluded, in agreement with the public prosecutor, that she killed the child in an intentional and sudden way, using means to ensure his death without running any risk herself, and abusing his trust as a member of the family. The jury did not, however, find that there was premeditation nor did they conclude that she deliberately increased the suffering of the child, as the private prosecution held. They also refused her defense that she was acting under the effects of sleeping pills.

Sitting in a corner, Quezada listened to the verdict. For the first time in the trial, she did not shed a tear. She is now facing permanent reviewable prison, the Spanish equivalent of a life sentence, with a possibility of parole after a fixed term. This would make her the first woman to have received this punishment since it was introduced into law several years ago.

Just two meters away from Quezada, Gabriel’s parents Patricia Ramírez and Ángel Cruz listened intently. Once outside the courtroom, they expressed their gratitude to the jury for their decision. “We were going to fight to make sure this witch never sets foot on the street again,” said Ramírez. “Psychopaths should be locked away, far from society, so they can’t hurt anyone,” added Cruz.

The jury took just over 26 hours to reach their verdict, deliberating in a small room in the Almería Provincial Court. They had to answer 142 questions that had been put to them about the case by the judge in charge, Alejandra Dodero.

Before the jury retired, the judge briefly explained to them the differences between the charges brought by the public and the private prosecution, to help them determine which, if any, Quezada was guilty of.

Dodero explained that asesinato con alevosía occurs when the killer takes special care to ensure that he or she will not run any risk of being hurt, such as “unexpectedly attacking someone who is part of your close family circle, and who therefore trusts you.” This was the charge, among others, that the public prosecution had leveled at Quezada and of which she was found guilty.

On the other hand, asesinato con ensañamiento implies causing deliberate and unnecessary pain just for the sake of it, “like stabbing someone in the thigh, then in the legs and other non-vital organs, then cutting off a finger and showing it to the victim, and finally killing him by stabbing him in the heart,” said Dodero. The private prosecution had argued that this was the case, based on a private medical report that stated that the child had been knocked unconscious, then left to suffer on the ground before Quezada smothered him around an hour later. This did not coincide with the official autopsy report, which found that the child had died immediately from suffocation. The jury did not find her guilty of this charge.

The jurors began their deliberations at 1.26pm on Wednesday, and concluded at 4pm on Thursday, bringing to an end seven intense days in court during which dozens of witnesses and investigators tried to shed light on a murder case that has gripped Spain.

Quezada, who was then in a romantic relationship with the child’s father, Ángel Cruz, confessed to the killing after police caught her moving the eight-year-old’s body in the trunk of her car.

Before that, she had participated in an extensive search for the child, making public displays of affection for the father despite knowing that Gabriel lay dead inside a property in nearby Rodalquilar that belonged to Cruz.

Her defense was based on the claim that the child attacked her and began verbally abusing her, and that she covered his mouth in an attempt to silence him. When she realized that Gabriel was no longer breathing, she panicked and buried the body in a shallow grave. Quezada told the court that when she was caught moving the body, she was planning to write letters of confession to the family and take her own life with sleeping pills.

Both the private and the public prosecution instead described the crime as murder by a cold, calculating woman who viewed Gabriel as an obstacle between herself and the boy’s father. During the hearings, prosecutors also asked Quezada about her online searches for information about poisonous plants, and about the child’s reported bouts of gastroenteritis after spending time with her. The death of her first child, who fell out of a window in Quezada’s apartment in Burgos around 20 years ago – an incident that was treated at the time as a tragic accident but has raised further suspicions about Quezada since Gabriel’s death – was also discussed in court. “She is an authentic sociopath,” one of the prosecution lawyers stated about the defendant during the trial.

Asked why she had planted one of Gabriel’s shirts at a spot near an ex-boyfriend’s house during the search for the eight-year-old, she had originally told the first judge in charge of the probe that she did it “because she wanted to give hope” to Gabriel’s father. But at the trial in Almería, she claimed instead that she did it because she wanted to get caught. “I wanted them to apprehend me. I couldn’t deal with it any more,” she told the court on Tuesday.

“May God forgive me,” she said at the last hearing before the jury retired to deliberate the case.