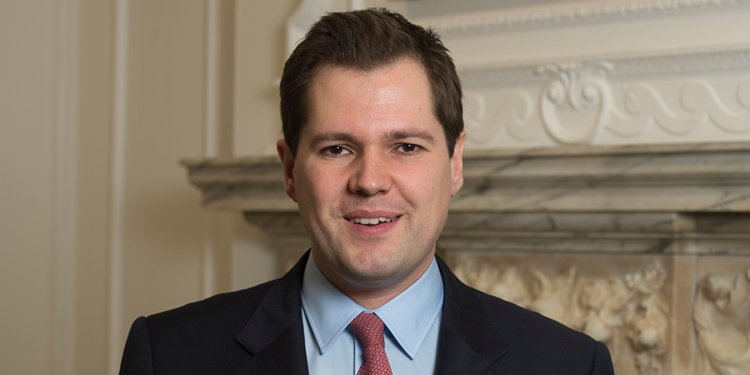 A cabinet minister declines to tell Sky News whether the PM will seek a Brexit delay if a deal is not agreed before the deadline.

A cabinet minister has told Sky News the government has “no plan” if it is blocked from taking the UK out of the EU on 31 October.

Housing, Communities and Local Government Secretary Robert Jenrick declined to say whether the prime minister would seek a delay to Brexit beyond the current deadline if a deal has not been agreed.

Boris Johnson recently revealed his proposals for a new Brexit deal, but they have been met with a cool reception by Brussels.

EU member states have agreed the plans “do not provide a basis for concluding an agreement“, which has raised the prospect of Mr Johnson being forced to extend the Article 50 negotiating period once again – despite having consistently vowed not to do so.

Under legislation passed last month by opposition MPs, the prime minister is compelled to seek a fresh Brexit delay if he fails to secure a deal by 19 October.

Mr Johnson has vowed the UK will be “walking out” of the EU in 25 days without a deal if Brussels does not compromise.

And Mr Jenrick insisted the government still has “no intention” of extending Article 50.

He also repeatedly refused to say whether Mr Johnson would write a letter to the EU asking for a delay if he failed to reach a deal.

“The prime minister has been very clear that he is not going to extend Article 50 – I don’t think he personally could have been any clearer,” he told Sky News’ Sophy Ridge On Sunday show.

“We have said that we will comply with the law, however what we’re going to do now is work as hard as we possibly can to secure that deal.”

He added: “Boris Johnson and this government will do absolutely everything in our power to deliver Brexit on 31 October.

“But we have no plan as to what might happen if parliament doesn’t allow us to get Brexit done on 31 October because we intend to get it done on that date and that’s the sole focus of this government at the moment.”

Brexit Secretary Stephen Barclay also refused to give an explicit commitment that Mr Johnson would write a letter seeking an Article 50 extension in the absence of a deal after this month’s EU summit on 17 and 18 October.

“I can absolutely confirm that the government will abide by the law,” he told the BBC’s Andrew Marr Show.

Scotland’s highest civil court has heard from UK government lawyers that Mr Johnson accepts he must send a letter requesting a delay to Brexit if no deal is agreed by October 19.

Asked about the commitment, Mr Barclay added: “If a commitment is given to the court, you abide by it.”

Mr Barclay also revealed the government has been holding talks with opposition MPs in a bid to secure their backing for Mr Johnson’s proposed deal.

Ministers are “considering” whether to hold a vote in the House of Commons on the Brexit proposals before this month’s EU summit, in order to show Brussels that the plans have parliament’s approval, the Brexit secretary added.

But the hopes of Mr Johnson’s proposals being passed by MPs suffered a blow when Labour’s Lisa Nandy, who represents Leave-supporting Wigan, dismissed the plans.

“What we’ve got is a proposal which stands virtually no chance of being accepted by the EU.”

She added: “I would vote for a deal, but this is not a deal.

“This is a pre-election party-political broadcast from the prime minister, and the truth is that for all of the talk about getting Brexit done, we are further away from achieving a deal than we were two months ago when he became prime minister.”

Ms Nandy said bringing back Theresa May’s Withdrawal Agreement Bill, which was set to be the former prime minister’s final attempt at passing a Brexit deal before she resigned, was the “only way” to avoid a no-deal Brexit on 31 October.

The bill was due to be the result of cross-party talks between Mrs May’s government and Labour, before the discussions broke down.

“It met the vast majority of Labour’s key tests, and it is the way – the only way in my view – to prevent us leaving with no deal in just a few weeks’ time,” Ms Nandy said.