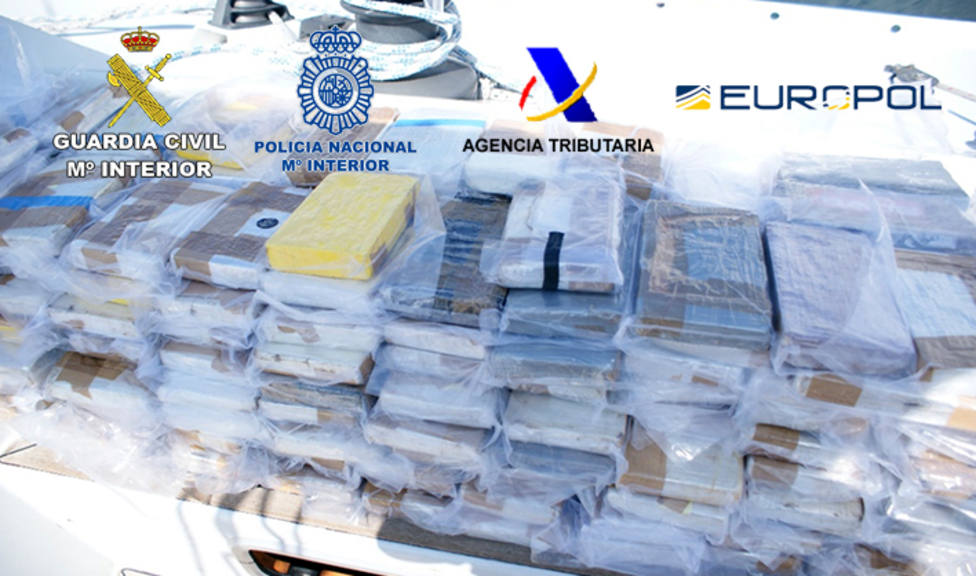 A PLEASURE craft carrying cocaine from Brazil to Spain has been intercepted.

The drugs were stowed in secret compartments on the Dutch-owned vessel registered under the name Imagine.

The operation involved the Civil Guard, National Police and the Tax Agency, in cooperation with the Netherlands Police, the Estonian Police and the Portuguese Judicial Police.

The investigation began in Barcelona and followed the gang during 2018 through Valencia, Huelva, Granada and Las Palmas de Gran Canaria.

The Netherlands/based gang were tracked for two years while they planned their operation.

In May 2018, the gang set off from the Port of Valencia aboard the vessel Imagine and began their journey to Rio de Janeiro and Itajaí in Brazil returning to the Portuguese Azores where they were intercepted at the request of Spain and the Netherlands.

In July 2019 the coordinated, international police operation was launched resulting in the arrest so far of five people of Estonian, British and Dutch nationality.

As well as drugs, the police uncovered a firearm with the serial number erased, as well as cash.