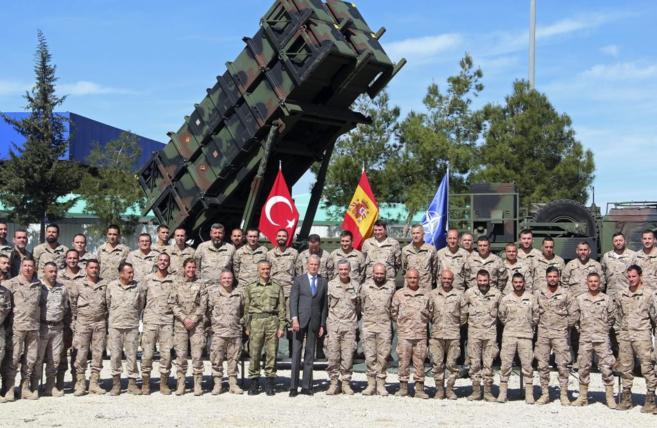 The Spanish Minister of Defence opens the possibility of the withdrawal of Spanish military troops from the Turkish border due to the escalation of the Turkish war against North Syria.

Since 2014, Spain has been in charge of the Incirlik air base on the border between Turkey and Syria as part of a NATO defence mission. Spain has 150 military personnel and the management of a battery of anti-aircraft missiles. The recent military escalation on the border, caused by Turkey’s attempts to invade the Northern and Eastern Autonomous Administration of Syria, has led the Minister of Defence, Margarita Robles, to declare the possibility of withdrawing Spanish support for the mission in the event of a Turkish military escalation.

The origin of this mission was the protection of Turkey from possible missile attacks from Syria. This threat does not exist today.

The Spanish Embassy in NATO made some statements on the social network Twitter from which they finally retracted. The message was a sign of support for Turkey as a NATO ally in the defence mission and was sent before the start of Turkey’s offensive against northern Syria. That message has been eliminated and Spain’s current position is that conveyed by its Minister of Defence and the European Union agreements calling for the immediate cessation of Turkish military intervention due to its humanitarian danger and the risks of revitalization of ISIS.