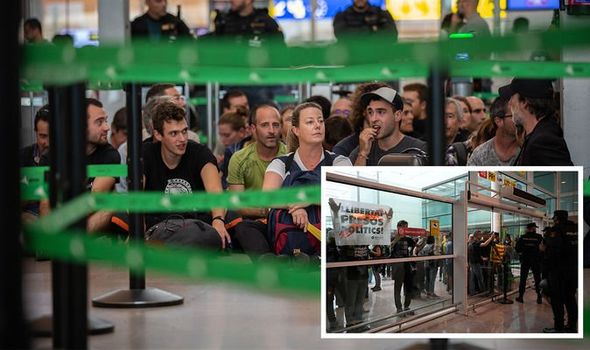 Metro and train access to Barcelona’s El Prat airport were briefly suspended as police in full riot gear cordoned off dozens of protesters, some of whom were hooded and wearing masks, at one of the airport’s access ways.
Both the metro and train have now resumed, and AENA say the airport is operating normally.

And The Catalan Football Federation has suspended all matches in the region today to show solidarity with the leaders and their families. This doesn’t include La Liga or the Spanish national team, although FC Barcelona earlier called for the release of the Catalan leaders and urged for a “process of dialogue and negotiation” to resolve the conflict.