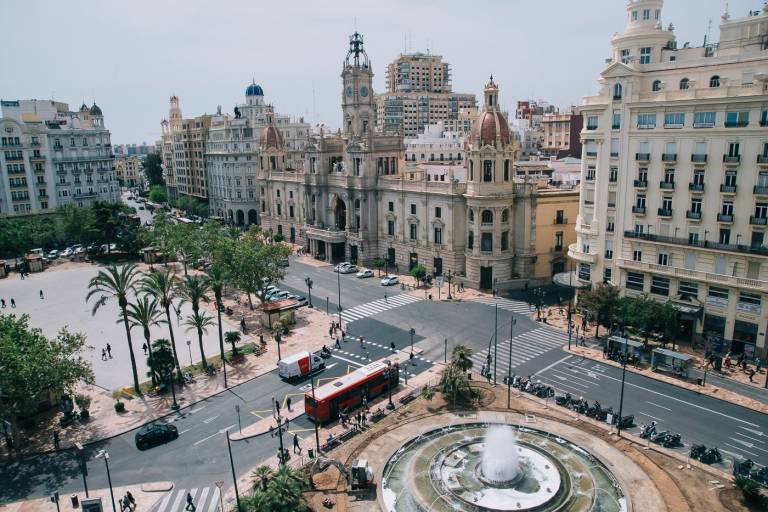 VALENCIA’S city hall square is to become permanently pedestrianised from the day after next year’s Fallas festival.
Spain’s third-largest metropolitan area has been leaning more towards ‘pedestrian-friendly’ policies since the current regional party, Compromís, gained power in local government in 2015
One of its first moves was to cut speed limits in city-centre streets to 30 kilometres per hour, which has made it much safer for pedestrians.
Now, the Plaza del Ayuntamiento will be revamped, landscaped with garden areas, and shut to traffic – including buses – from March 20, 2020. 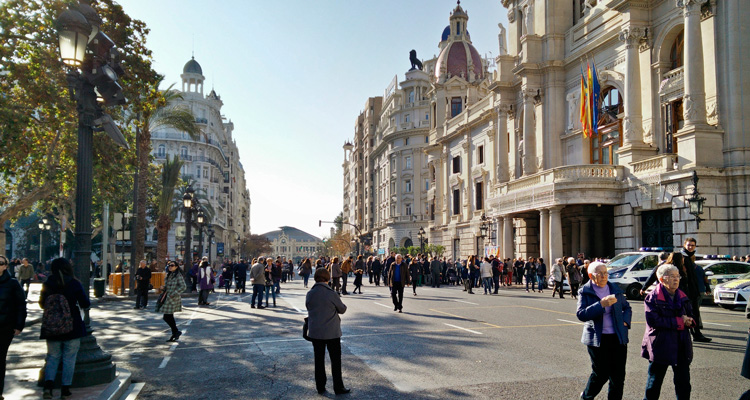