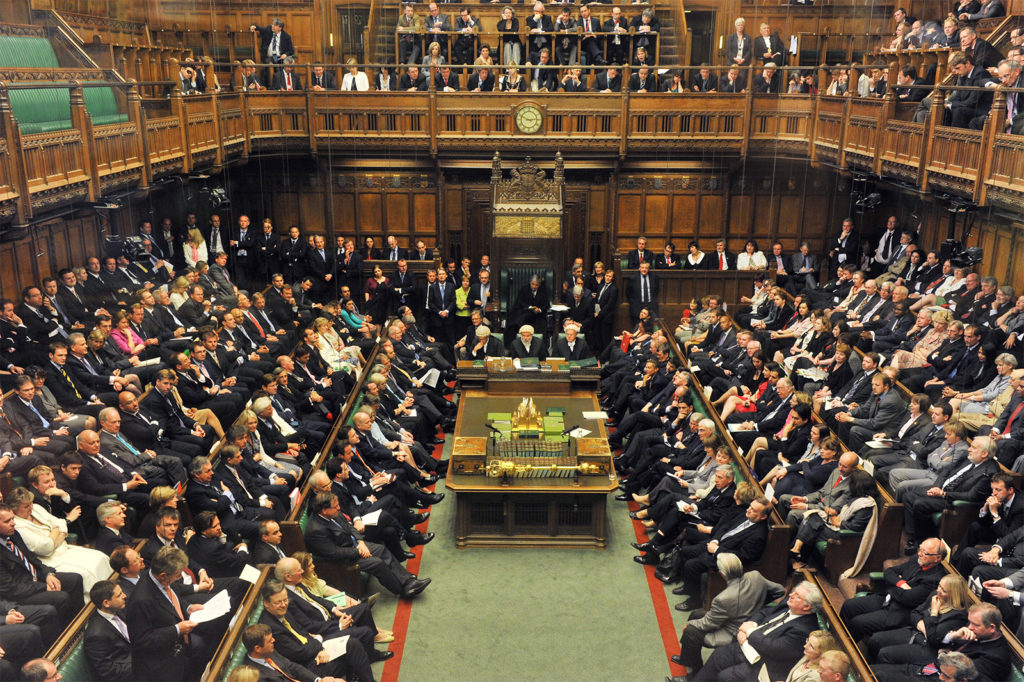 MPs have been set a three-day timetable to put Boris Johnson’s Brexit deal into law, as the prime minister battles to meet his promise to take the UK out of the EU on 31 October.

The government has published the EU Withdrawal Agreement Bill (WAB), pressing ahead with fast-track plans to pass necessary Brexit legislation.

Ministers’ presented the 115-page draft legislation – which aims to enshrine the PM’s Brexit deal into UK law – to parliament, along with 125 pages of accompanying notes.

And House of Commons leader Jacob Rees-Mogg has set out plans for MPs to conclude their consideration of the bill on Thursday.

MPs have joked they will be doing some “light reading” of the 115-page bill ahead of the debate on the legislation tomorrow.

HOW WILL THE PM TRY TO GET HIS BREXIT DEAL PASSED?

The publication of the WAB will now prompt MPs to table amendments in the hope of reshaping the prime minister’s Brexit plans.

This could include attempting to add an obligation for Mr Johnson to agree a customs union with the EU or put his deal to a referendum vote.

The SNP have already tabled an amendment seeking to block the WAB being passed as early as tomorrow.

After Mr Rees-Mogg revealed the three-day timetable for the passage of the WAB, Labour accused Mr Johnson of trying to force through his “deeply flawed plan for Brexit”.

“Ministers are trying to bounce MPs into signing off a bill that could cause huge damage to our country. We can’t trust this prime minister.

“The truth is Boris Johnson knows that the more time people have to read the small print of his deal, the more it will be exposed for the risks it represents to our economy and communities across the country.”

But Mr Rees-Mogg argued the Commons has already held “endless debates” on Brexit over the last three years.

The DUP, who are opposed to the prime minister’s Brexit deal, hinted they could vote against the proposed timetable.

The party’s chief whip Sir Jeffrey Donaldson told Mr Rees-Mogg: “What he’s proposing in terms of proper scrutiny of this bill does not do justice to what the constituents I represent need.”

But, in a warning to other MPs contemplating voting against the government’s timetable for the legislation, the Commons leader said: “People who don’t vote for the programme motion will be voting not to have Brexit on 31 October and they will need to understand that clearly.”

If the government loses a vote on its programme motion, it will be harder for the WAB to be approved by the House of Commons before the Halloween Brexit deadline.

This would put pressure on the EU to decide whether it wants to accept the prime minister’s reluctant request for a three-month Brexit delay, which he was forced by opposition MPs to submit on Saturday night.

Sky News’ political editor Beth Rigby said: “I can tell you that it’s going to be an eventful three days – but I can’t tell you what the outcome will be.”

WHAT DOES THE WITHDRAWAL AGREEMENT BILL INCLUDE?

Ex-Tory cabinet minister Ken Clarke, who now sits as an independent MP, raised the prospect of all-night sittings for MPs to debate the WAB this week, as he criticised the government’s focus on delivering Brexit by 31 October.

He said: “I see no reason at all why we should just all rise in the evening so that everybody can go to dinner and not sit on a Friday for the convenience of the House of Lords.

“If the government is for some reason insistent on dashing for this completely silly and irrelevant date which it keeps staking its fate on then give some proper time for debate.

“Two-and-a-bit days of ordinary parliamentary hours is plainly quite insufficient.”

Mr Johnson had hoped – with just 10 days to go until the UK is due to leave the EU – that a majority of the House of Commons would approve in principle the new agreement he struck with the EU last week.

However, House Commons Speaker John Bercow rejected the prime minister’s attempt to stage a straight yes/no vote – a so-called “meaningful vote” – on the deal, as he cited a centuries-old convention.

Mr Johnson convened a historic sitting of parliament on Saturday – its first since 1982 – to have a meaningful vote on his deal.

However, it was amended by MPs who instead withheld their approval for the deal until all necessary Brexit legislation is passed, as they backed an “insurance policy” to prevent an accidental no-deal departure on 31 October.

Saturday’s sitting meant the issue of a meaningful vote had already been “decided”, Mr Bercow said, adding debating it again on Monday would be “repetitive and disorderly” and that he would not let parliament be “continually bombarded”.

He declared it was “a necessary rule to ensure the sensible use of the house’s time and proper respect for the decisions that it takes”.

It prompted fury from some Brexiteer MPs, including Sir Bernard Jenkin, who told Mr Bercow: “It is remarkable how often you please one lot and not the other lot.”

The Speaker, who supported Remain at the 2016 EU referendum, dismissed suggestions he was compromising his impartiality with the ruling.

“The judgement I’ve made is an honourable and fair one,” he said.

Mr Johnson’s spokesman said the prime minister was disappointed at the decision and accused the Speaker of denying a chance for parliament to deliver on the will of the people.