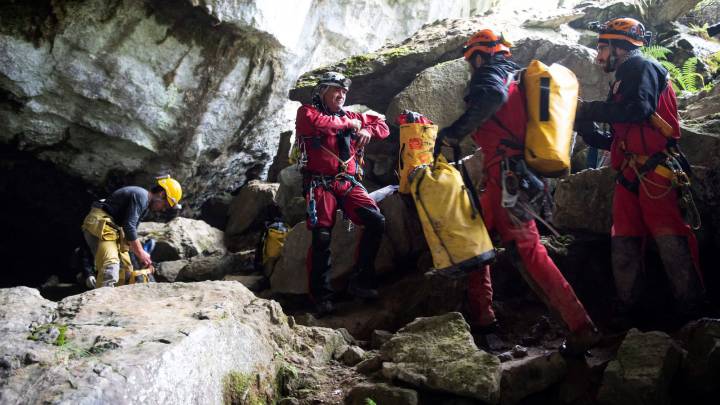 Spanish rescuers have freed four Portuguese cavers trapped by a sudden flood in a cave network in Cantabria, northern Spain.

The four, who were found well but very tired, are from a climbing club in Porto, and went missing on Saturday in the Cueto-Coventosa caves near Arredondo .

Rescuers got about 50m into one cave on Sunday, but the high water level made it too risky to carry on.