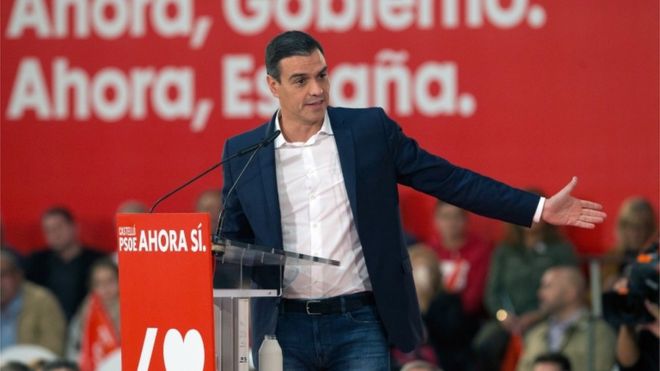 Voters went to the polls in Spain yesterday, in an election overshadowed by the crisis in Catalonia and the rise of the right-wing Vox party.

But Spain is now also facing an uncertain economic outlook, with slowing growth and unemployment that is the second-highest in the EU, despite having come down from earlier highs.

Although the country did bounce back quite well from the global financial crisis, it took a while to get started.

The economy either contracted or just about failed to grow for five consecutive years, starting from 2009.

Once the recovery did get under way, however, Spain managed several years of growth in the range of 2.5% to 3%.

Unemployment has come down a long way from its peak, which was more than 26% for the adult population and almost 56% among young people.

The figures are still high. On both those measures, it is the second-worst in the EU after Greece.

Now, however, the outlook is somewhat cloudier. For next year, the International Monetary Fund forecasts growth of less than 2% for the first time since 2014