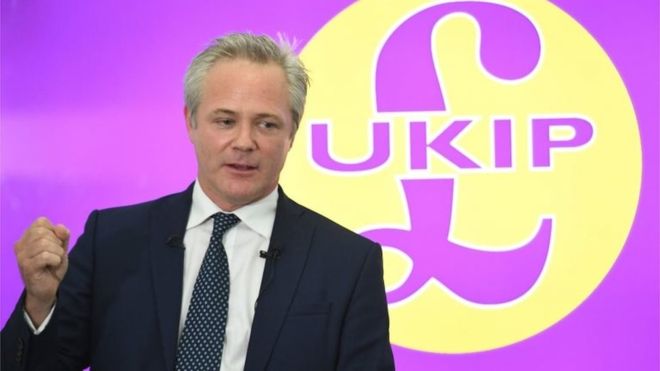 The UK Independence Party has launched a “Brexit and beyond” manifesto with a commitment to leaving the EU on 31 January 2020 without a deal.

The party also wants to cut net immigration to below 10,000 per year.

It is standing in 44 seats across the UK – a substantially reduced number from the 378 candidates they stood in 2017.

Speaking to Sky News, Ms Mountain said the number of candidates had been “carefully chosen” in order not to “do any damage to any actual Brexiter”.

Writing in the manifesto, she said UKIP was “the party of Brexit and beyond”.

“We are proud to have developed a full common-sense manifesto which combines our founding libertarian principles with populism and authentic conservatism.

On Brexit, the party says it stands for “a complete and total withdrawal from the European Union” including leaving the single market and the customs union.

Speaking at the manifesto launch in central London, Ms Mountain said: “We are realists, we know that we are not going to be in Number 10 Downing Street.

“But we want to send a message – the message that there is still a party in this country that can’t be bought, that can’t be pressurised into silence.

“We are here for all those who have been let down and betrayed by our politicians in Westminster.”

The party has experienced a period of turmoil since winning the highest number of seats in the 2014 European elections.