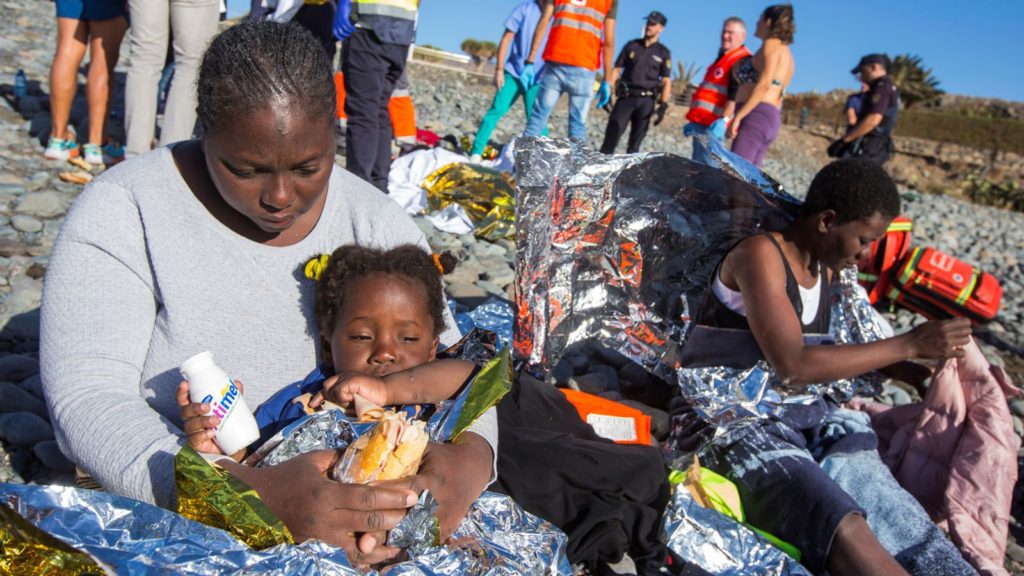 Three children and a pregnant woman were among some two dozen migrants helped by sunbathers after washing up on a beach in the Canary Islands.

Their rickety boat landed on the shores of Aguila in Gran Canaria on Friday, with those on-board having spent six days navigating the rough waters of the Atlantic.

Red Cross officials deployed to the beach said the migrants, from northern and sub-Saharan Africa, were exhausted, cold and in a state of shock upon arrival – with one of the infants since taken to hospital with a fever.