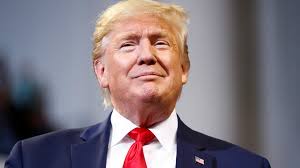 Donald Trump has promised to stay out of the UK general election as he visits for the NATO summit – but said Boris Johnson will do a good job.

Mr Trump said he backed Brexit, and even predicted it, as he spoke to reporters alongside NATO’s secretary general Jens Stoltenberg.

Asked about interfering in the 12 December poll, Mr Trump said: “I don’t want to complicate it. I’ve won a lot of elections for a lot of people.”

He went on: “I’ll stay out of the election. I’m a fan of Brexit, I called it. I was here, they asked if it was going to happen and I said yes and they smiled, it was just my opinion.

“I’ll stay out of it, but Boris is very capable and I think he will do a good job.”

Asked about whether the NHS would be discussed between US and UK officials for a future trade deal after Brexit, he said: “No, not at all. I have nothing to do with it. Never even thought about it, honestly.

The claim Mr Trump made that he predicted Brexit has been debunked as false. He did not go to Turnberry until after the result was known, at which point he said: “I think it’s going to be great. I think it’s a fantastic thing.”

Before the result from the referendum came in, he had talked about the “mess” of European migration and said: “When you look at the things that are going on over there my inclination would be to go it alone.”

While he has not scheduled a bilateral meeting with Mr Johnson while he is in the UK for the summit, the president said: “I will be meeting with him, yes.”

He added: “I have many meetings. I have meetings set up with lots of different countries.”

But he acknowledged he could “work with” Jeremy Corbyn if he was to become prime minister after the election next week, saying he could work with anybody.

He also claimed credit for the leap in the polls of several US candidates in recent months, but said he “loved many countries” but was in the UK to “represent our country”.

“France is not doing well economically at all, they are struggling. It’s a tough statement to make when you have such difficulty in France.

“You look at what happened with the Yellow Vests, they’ve had a rough year, you can’t go around making statements like that about NATO. It’s very disrespectful,” Mr Trump said.

He went on: “No one needs NATO more than France.

“The one who benefits the least is really the United States, we are helping Europe.

“That’s why I think when France makes a statement like they do about NATO that’s a very dangerous statement for them to make.”

He said he would not allow France to take advantage of American companies like Twitter and Facebook through taxing them, saying he would tax them on wine and other products.

“These were companies which were against me, I don’t know why, they were supposed to be very powerful but I won so maybe they aren’t so powerful.

“But if anyone is going to tax them, it’ll be America,” he said.

Speaking on a visit to Salisbury, Wiltshire, on Tuesday morning, Mr Johnson dismissed suggestions Mr Trump’s visit was an embarrassment during the ongoing election campaign.

The prime minister also reiterated his stance that the NHS would not be subject to trade negotiations with the US.

“I can categorically rule out that any part of the NHS will be on the table in any trade negotiation – including pharmaceuticals,” he said.

“This is pure Loch Ness monster, Bermuda triangles stuff that continues to be raised by the Labour Party for one reason and one reason only – that with nine days to go they want to distract from the fundamental issue at the heart of this election.

“Do we want to waste next year with two more referendums – one on the EU, one on Scotland?

“Do we want Groundhog Day next year with Jeremy Corbyn and Nicola Sturgeon in charge?”

The Brexit Election on Sky News – the fastest results and in-depth analysis on mobile, TV and radio.