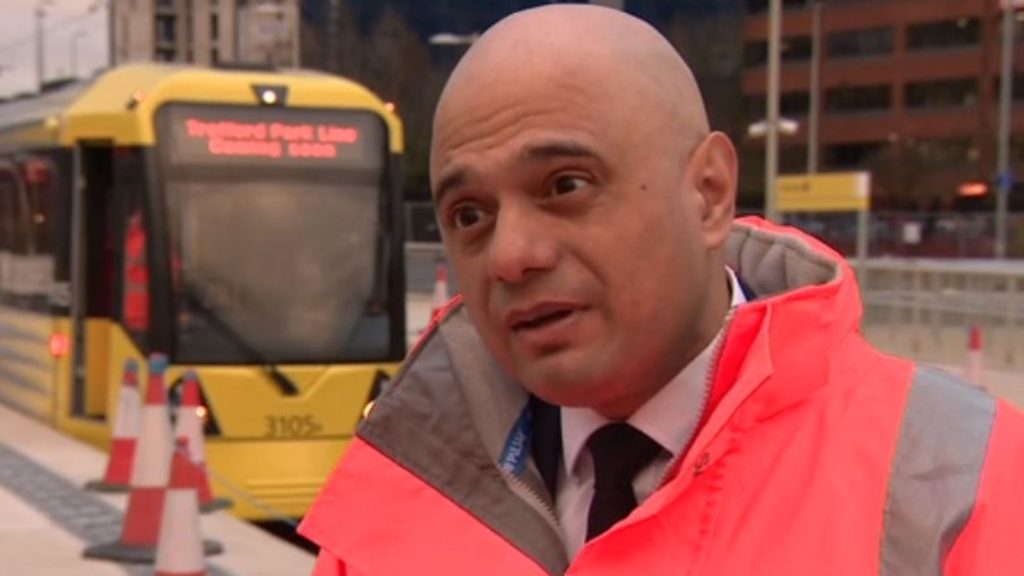 The chancellor says his delayed budget will be on 11 March and “spread opportunity to those left behind”.

Speaking on a visit to Manchester, Sajid Javid signalled the government would press ahead with its election manifesto pledge to loosen the purse strings following a decade of austerity.

The spending spree, he said, would be focused on the Midlands and the North – rewarding voters who ditched decades of loyal Labour support to hand the Conservatives a large parliamentary majority in December’s vote.

“The country voted for change. There are still too many people in our great country that feel left behind and we are going to deliver that change,” he said.

“With this budget we will unleash Britain’s potential – uniting our great country, opening a new chapter for our economy and ushering in a decade of renewal.”

The election result leaves the UK on course to leave the EU on 31 January – ending some of the uncertainty that has held back investment and economic growth in the past few years.

Amid evidence of a “Boris bounce” in pent-up activity since the election, Mr Javid argued Brexit offers “huge opportunities”.

But economists have warned that a cloud of uncertainty continues to hang over the future as there are only 11 months to agree a trade deal with the EU under the current timeframe.

The budget, Mr Javid’s first as chancellor, is aimed at sending a clear signal that the UK is open for business and investing in its infrastructure and regions outside London.

The Treasury said: “The budget will prioritise the environment, and build on recent announcements to boost spending on public services and tackle the cost of living.

“These include investing in new hospitals, training thousands of new police officers, funding vocational education and the biggest ever cash increase to the National Living Wage.”

Sky News understands a National Infrastructure Strategy will be announced alongside the budget and that Mr Javid is also examining the workings of the Treasury that could lead to a widespread reorganisation of the department.

He had been due to deliver the budget in November but it was postponed after Brexit was delayed in the previous deadlocked parliament – leading Boris Johnson to call the election.

The chancellor indicated during the campaign that the spending spree could lead to up to £20bn of extra borrowing annually to fund responsible capital spending.

It was confirmed by officials on Tuesday that the so-called fiscal rules – constraints designed to prevent borrowing getting out of control – would be updated to reflect the “responsible” spending plans.

Responding to news of the budget date, outgoing shadow chancellor John McDonnell said: “After a decade of wrecking the economy, we can have no confidence in a Tory government delivering the scale of investment needed for renewal especially with a no-deal Brexit still on the table.

“The lack of foresight in not focusing this budget on the threat of climate change is also criminally irresponsible.

“The Government has learnt nothing from the fires in Australia and the floods on Indonesia.

“This will be a budget of climate change recklessness not renewal.”