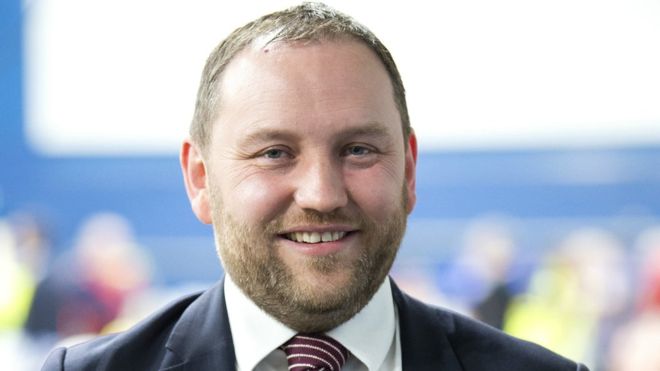 Scotland’s only remaining Labour MP is to run for the position of deputy leader of the party.

Ian Murray, the MP for Edinburgh South, said the architects of the party’s ”catastrophic failure” in 2019 could not be allowed to lead the response.

And he said the party had let down millions of people across the UK.

Announcing his candidature in the Daily Mirror, Mr Murray said he was standing to be deputy leader because he wanted to win power and transform lives.

He said the party must become a “credible alternative government of the future, not a protest movement of the past”.

Quoting his political hero, the late John Smith, he wrote: ”All I ask is the opportunity to serve”.

He rejected calls for the party to back Brexit to win back voters – and he called for a clearer position on Scottish independence.

“On the major constitutional issues of our time – Scottish independence and Brexit – we must be clear with people where we stand.

“We should always be a pro-EU and pro-UK party because it is not just in the national interest, but part of our values,” he said.

Mr Murray later told the BBC’s Good Morning Scotland programme that he would not be backing any particular candidate in the contest to succeed Jeremy Corbyn as Labour leader.

But he said it was “quite clear” that the party needed to make a clean break from Mr Corbyn’s leadership and policies, and that the new leader should be someone who could bring “fresh ideas and a fresh approach”.

He added: “This is about having a proper debate about the direction of the Labour Party and where it should go.

“I think the leadership candidates will be addressing some of those big questions over the next three months and I hope that Labour Party members respond positively to them.”

Mr Murray won in Edinburgh South with a majority of 11,000 in the general election, making him the only Labour MP to be elected in Scotland as the party’s other six MPs lost their seats to the SNP.

His first hurdle will be to receive enough nominations from Labour MPs and MEPs to go forward to the next part of the contest.

Meanwhile, Rebecca Long-Bailey has become the sixth candidate to enter the race to succeed Mr Corbyn as the party’s leader.

In an article for the Tribune magazine, she said Labour needs a “socialist leader who can work with our movement, rebuild our communities and fight for the policies we believe in”.

She joins Sir Keir Starmer, Emily Thornberry, Clive Lewis, Lisa Nandy and Jess Phillips in the contest, with the result to be announced on 4 April.

Ms Phillips told Good Morning Scotland that she did not think there should be another referendum on Scottish independence as the majority of voters in Scotland had backed pro-UK parties in last month’s election.

She added: “I think that we should be talking about things that are relevant to the lives of people in Scotland. I can’t see a circumstance where I think it would be better for Scotland to leave the UK.”