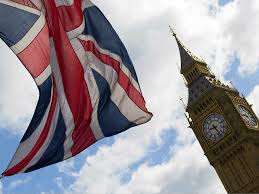 No official request has been made for Big Ben to mark Brexit by chiming on 31 January, MPs have been told.

Sir Paul Beresford, a Conservative, said the House of Commons Commission had not received an approach from ministers.

Speaker Sir Lindsay Hoyle chairs the commission – and in the past, he has suggested he would not block such a request if the House wants it to happen.

Mark Francois, a hardline Brexiteer and a former Tory minister, has been spearheading efforts within parliament for Big Ben to sound at 11pm on Brexit day to mark the UK’s departure from the European Union.

His early day motion calling for this to happen currently has 55 signatures.

Mr Francois, MP for Rayleigh and Wickford in Essex, also tabled an amendment to the Withdrawal Agreement Bill, although it was not chosen for debate.

He did however stand up to speak as Steve Barclay, the Brexit secretary, wrapped up proceedings in the Commons.

He said: “Under this bill, we will leave the European Union at 11pm GMT on 31 January. As we leave at a precise, specified time, those who wish to celebrate will need to look to a clock to mark the moment.

“It seems inconceivable to me and many of my colleagues that this clock would not be the most iconic timepiece in the world, Big Ben. Will he make representations to the House of Commons commission, whose decision this is, that Big Ben should bong for Brexit?”

Mr Barclay said it was for the House authorities to make the decision, but it was an “important moment in national history” and they would want to reflect it.

Big Ben has been silenced – except for special occasions – since 2017.

This is to allow for a four-year restoration scheme on Elizabeth Tower, which houses the Great Bell, to take place.

Sir Paul, answering a written parliamentary question on the commission’s behalf, said: “The House of Commons Commission has not received a request from the government to arrange for Big Ben to chime to mark the UK’s departure from the EU.”

Sir Paul added: “In May 2018, the commission agreed that, during the Elizabeth Tower refurbishment project, Big Ben should sound only for Remembrance Sunday, Armistice Day and over the New Year.”

Brexit Secretary Stephen Barclay told the Commons on Thursday that the matter was “a question for the House authorities and I wouldn’t dare to step into such terrain”.

The Glasgow North MP told the Press Association: “For many people across the UK, leaving the EU on 31 January will not be a cause for celebration.

“The bombast and triumphalism of the hard Brexiteers who want to hear Big Ben chime to mark that moment is hardly in keeping with the PM’s desire to bring the country together.

“It now seems that despite the ERG’s (European Research Group, the eurosceptic group of Tory MPs) best efforts, the government has not approached parliamentary authorities about the use of Big Ben and the Commons commission is clear that it was not one of the few causes envisioned that would allow for chimes during the repair period.

“Stopping the expensive restoration work to chime the bells will add to the cost of the overall programme – and many who would hear the bells might not hear celebrations, but be asking for whom the bell tolls.”