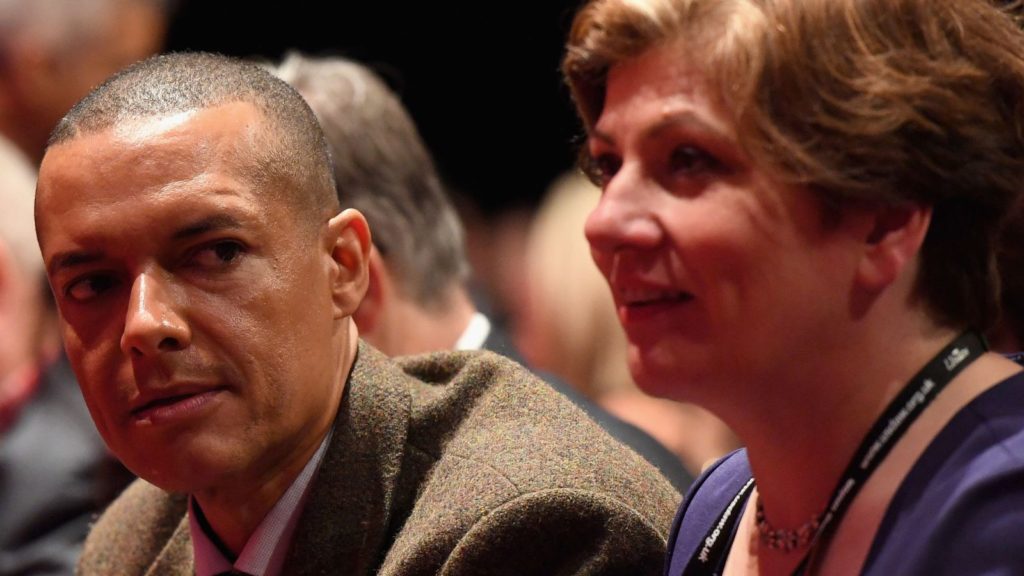 Emily Thornberry has narrowly made it through to the next round of the Labour leadership contest, as Clive Lewis pulled out of the race to succeed Jeremy Corbyn.

Announcing his decision, the Norwich South MP said it was “clear that I won’t get on the ballot” and he was pulling out “in the spirit of pluralism, diversity and generosity” so that his supporters could back other candidates.

Mr Lewis’ move came ahead of the 2.30pm deadline to secure the requisite 22 nominations from MPs and MEPs to make it through to the next round of the contest.

He was struggling to get that number, lagging behind his rivals with just five nominations.

The fate of Ms Thornberry’s candidacy hung in the balance as the clock ticked toward the deadline – the shadow foreign secretary was on 21 nominations with just minutes to go.

But it was later confirmed that she had made it through with 23 nominations.

Reacting to the news, Ms Thornberry tweeted: “Thanks to my colleagues for their nominations. It’s wonderful to have four strong women going through to the next stage. I believe we’ll all contribute to an excellent debate so our members can choose who can best take Labour back into power #FightingBackTogether.”

Sir Keir, who is considered the frontrunner in the contest, said: “I’m pleased to have received the support of colleagues in parliament to make it to the next phase of this contest.

“This has been a good-natured and respectful start to the debate about the future of the Labour Party.

“Lots of important issues have been raised by all the candidates in the race so far.”

Sir Keir has appointed MPs Carolyn Harris and David Lammy to act as vice-chairs of his campaign.

Mr Miliband, who led the party from 2010 to 2015, is also supporting shadow education secretary Angela Rayner for deputy leader.

He said she has the ability to “inspire our party and movement”.

Ms Rayner has enough nominations to get through to the next round (88), as does Edinburgh South MP Ian Murray (34).

They were joined by shadow sport minister Rosena Allin-Khan (23), shadow equalities minister Dawn Butler (29) and shadow justice secretary Richard Burgon (22), who hit the threshold with hours to spare before the deadline.