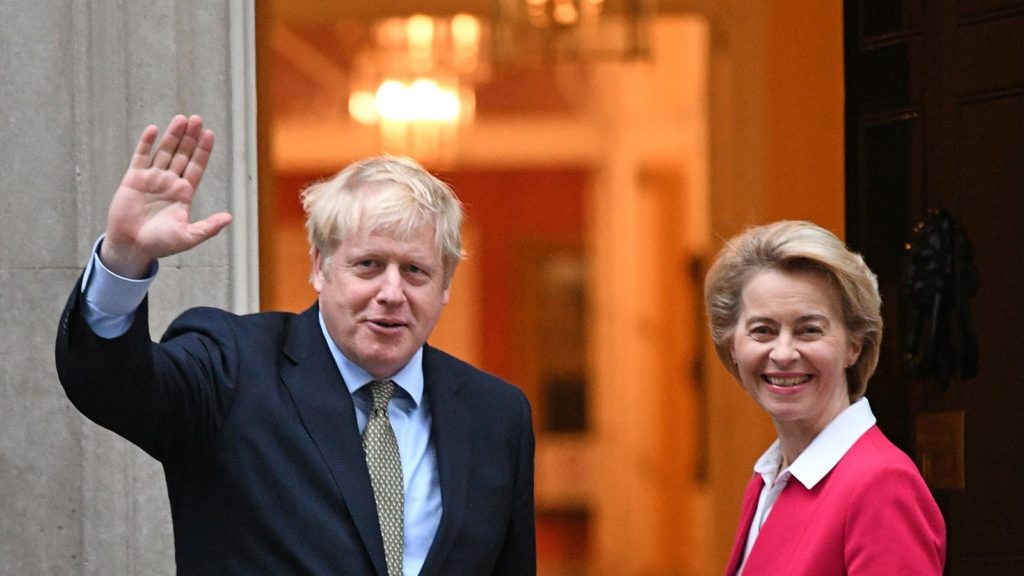 The EU has revealed it might not be ready to start negotiating a free trade deal with Britain until March.

Eric Mamer, chief spokesman for the European Commission, made the comments at a media briefing in Brussels.

It raises further doubts about the prospects of the two sides coming to an agreement before the end of the Brexit transition period in December.

Mr Mamer, when asked about the time frame for starting negotiations once Britain has left the bloc at the end of this month, said: “The commission can adopt its proposal for the negotiation directives only once the UK has actually withdrawn from the EU.

“But then there is still an institutional process for these to be adopted by the (European) Council.

“This we know will take some time, which is why we have said we will start negotiations as quickly as we can, but it will certainly not be before the end of February, beginning of March.

“This is not a slowing down or speeding up of the process.

“This is simply the nature of the institutional process and the consultations that need to take place before the negotiation directives can be formally adopted.”

She told an audience at the London School of Economics earlier this month that it would not be possible to sort out every aspect of Britain’s future relationship with the EU before the current deadline.

Mrs von der Leyen warned that both sides will have to “prioritise” which elements are negotiated before the end of December.

Prime Minister Boris Johnson has said he will not extend the transition period into 2021, a stance he reiterated in talks with Mrs von der Leyen in Downing Street recently.

“The EU have various processes to go through before they are ready to sit down and have those discussions with us.”

Opponents, and some senior figures in the EU, have warned that less than a year is not enough time to negotiate a free trade deal.

As it stands, Britain will leave the EU at the end of this month once the withdrawal agreement – which covers the terms of the UK’s EU exit – is ratified.

It will then move into the transition period and the next phase of finalising Brexit, the future relationship.

Chancellor Sajid Javid said at the weekend that there will not be alignment with EU rules post-Brexit – and urged businesses to “adjust” to that new reality.

Responding to this, Mr Mamer said the UK would have to accept less access to the EU single market if it follows through on its intention to diverge.

“We have had this conversation a number of times and we have made our position very clear,” he said.

“There is a link between moving away from EU regulations and the degree of access that is possible into the single market.

“That position has not changed.

“I think both sides have expressed their positions very clearly and, hence, I have nothing to add to the comments that were made this weekend.”