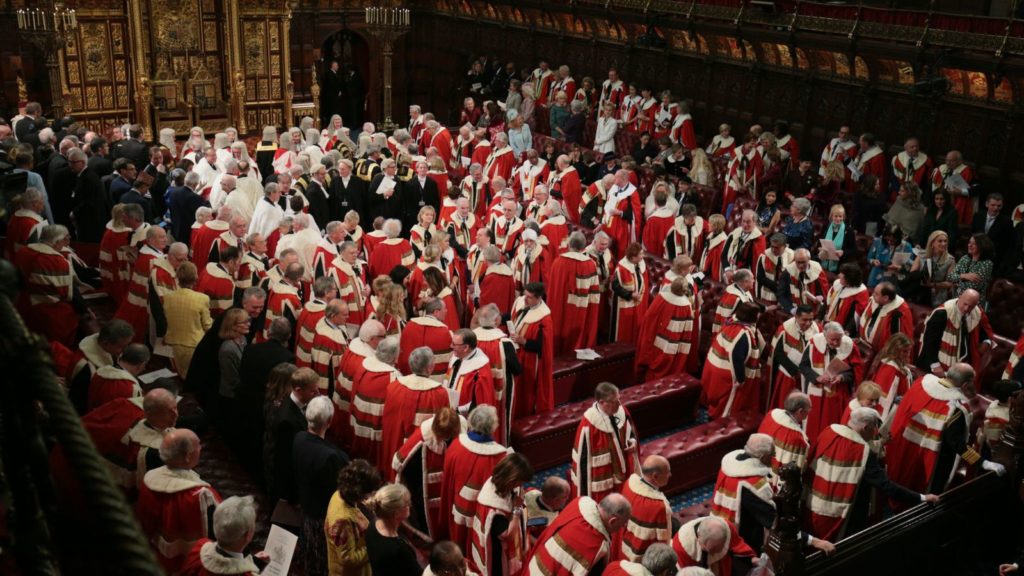 Boris Johnson has suffered a defeat in the House of Lords as peers backed an amendment to his Brexit legislation.

The upper chamber backed a cross-party amendment to the Withdrawal Agreement Bill on the issue of EU citizens’ rights, by 270 votes to 229.

It calls for EU citizens lawfully residing in Britain to be allowed physical proof of their status.

Around three million EU citizens live in the UK – and they have until at least July 2021 to make an application for settled status.

The scheme aims to help EU citizens and their families live and work in the UK once freedom of movement comes to an end as a result of Brexit.

This is the first defeat for the government in the Lords since December’s general election.

The vote means the legislation will have to go back to the Commons.

However, Mr Johnson’s large Commons majority of 80 will ensure that the amendment is overturned.

But its passage does indicate the strength of feeling among peers on the issue.

It came on the same day that the Northern Ireland’s assembly rejected the government’s EU withdrawal bill – although the decision will not actually affect Britain’s exit from the EU on 31 January.

Lord Oates, a Liberal Democrat peer, warned that a lack of physical documentation would leave EU citizens “severely disadvantaged” in dealings with landlords, airlines, employers and other officials.

He rejected claims that the amendment was an attempt to challenge Brexit or “frustrate” the bill.

Lord Oates said EU citizens who have settled status should be able to obtain physical proof of their status, rather than the digital-only proof they currently receive.

Those who have successfully claimed settled status have received confirmation by email – but the letter specified it was not legal proof of their status.

In some cases, citizens have been told to use a screenshot of their confirmation on their phone as proof.

Labour peer Lord McNichol said the party was “far from convinced” about the government’s handling of the issue and would vote against them unless concessions were granted.

But Home Office minister Baroness Williams claimed the amendment could lead to “ID card creep” – and said the current system was robust and reliable.

She also warned that physical documents could be lost, stolen or tampered with.

“The government is adamant that we must avoid the situation where years down the line EU citizens who have built their lives here find themselves struggling to prove their rights and entitlements in the UK,” she said.

One was on the issue of ministerial powers over the courts to depart from European Court of Justice judgments.

A cross-party amendment to delete the power from the legislation was approved by 241 votes to 205, majority 36.

A third defeat quickly followed, as the upper chamber backed a move to allow cases to be referred to the Supreme Court to decide whether to depart from EU case law.