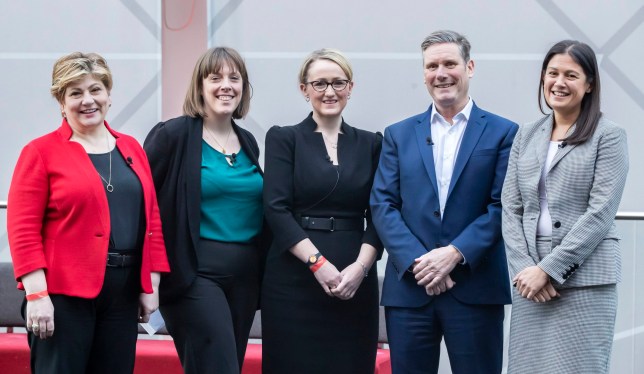 After Labour suffered its worst electoral defeat since 1935 in the December 2019 general election, Jeremy Corbyn announced that he would not lead the party in another election campaign.

Thus began a scramble for Labour’s next leader.

With Brexit being such a key and ongoing issue in Parliament, and with it being named as one of the key problems Labour faced during the General Election, here’s what you need to know about the Brexit stances of two Labour leadership contenders.

Where does Lisa Nandy stand on Brexit?

Ms Nandy voted to Remain during the 2016 EU referendum, but took a more Brexit-friendly approach when her constituents backed Leave.

She tried to persuade Labour MPs to abandon a second referendum push for a softer Brexit. She has since blamed the party’s position on the issue for their catastrophic loss in the election.

During a speech in London on Wednesday, Nandy criticised the current Labour leader Jeremy Corbyn for falling into the ‘trap’ of letting Brexit become framed as a culture war. She said that the party failed to rally the country around a soft Brexit after the referendum.

Nandy, who is backed by 31 Labour MPs and MEPs, also said that the party should have presented positive arguments in defence of internationalism and freedom of movement.

She had previously told the BBC’s Andrew Neil that voters who had abandoned Labour over Brexit could still be reconciled with the principle of the freedom of movement.

Where does Rebecca Long-Bailey stand on Brexit?

Ms Long-Bailey, the Shadow Business Secretary, voted for a referendum on the UK’s membership in the EU in 2015, but voted to remain in 2016.

She then voted in favour of the UK leaving by 2017, and repeatedly said that the party must respect the outcome of the referendum.

However, in 2017 she described Labour’s Brexit policy as ‘have our cake and eat it’. In October the MP for Salford and Eccles said that she backed Labour’s plan for a second referendum on Brexit after going ‘on a journey’, but was heavily criticised for appearing to dodge a question from Sky News host Sophy Ridge about whether Labour would campaign to leave.

She has previously admitted that maintaining access to the customs union or single market would be politically tricky, but that Labour should be flexible.

Ms Long-Bailey has long backed further EU integration and voted for EU nationals’ right to remain in the UK.

Who are the frontrunners in the Labour leadership race?

There are five candidates in the latest round of the Labour leadership race: Keir Starmer, Lisa Nandy, Rebecca Long-Bailey and Emily Thornberry.

Sir Keir, the MP for Holborn and St Pancras and shadow Brexit secretary, has long been a firm advocate of a second referendum. Last October, he said that Labour would back Boris Johnson’s Brexit deal if a second referendum were attached, which put him at odds with Mr Corbyn.

Sir Kier was first to make it onto the ballot and is still a frontrunner. However, there has been a groundswell of support for the next Labour leader to be a woman. The shadow foreign secretary, Emily Thornberry, is not seen as a favourite, only making it over the line via nominations after Clive Lewis dropped out.

Despite her closeness to Mr Corbyn, Thornberry has continually warned against having a neutral position on Brexit.

She has been described as a defiant Remainer, and pushed for Labour to back Remain as its official position.

On Wednesday the party chairman, Ian Lavery, urged Sir Keir to stand aside for a female leader and backed Ms Long-Bailey, the shadow business secretary.

John McDonnell, the shadow chancellor and party powerhouse, is reportedly also eager for Ms Long-Bailey to replace Mr Corbyn. If on Friday her bid receives the endorsement of Unite, one of the biggest UK unions, she could secure her place in the final round.

But Ms Nandy, the MP for Wigan, received a huge boost on Tuesday evening when she gained the support of the GMB union, one of the biggest backers of the Labour party. Jess Phillips, the Birmingham Yardley MP who abandoned the race on Tuesday, also threw her support behind Ms Nandy.

Candidates need the nominations of three Labour affiliates, including at least two unions – at least 5% of affiliate members. Alternatively, they can receive nominations from at least 33 constituency Labour parties (CLPs).