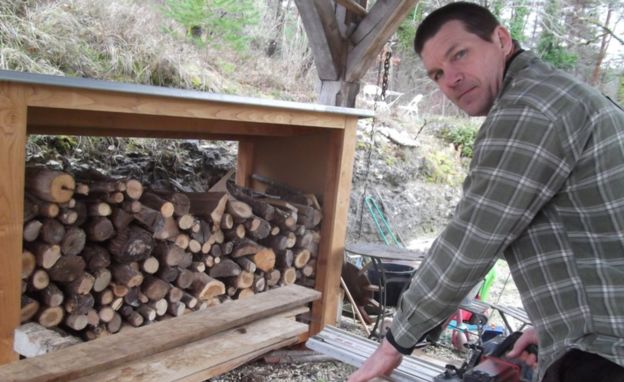 Carpenter Mark Lawrence has lived in France for 27 years and his children are French, but the authorities have rejected his application for citizenship.

As the UK’s departure from the EU approaches at 23:00 GMT on Friday, Mr Lawrence has said he is “gutted” by the decision.

French authorities argue he does not have “sufficient and stable resources”.

Now 33,000 people have signed a petition calling for a change of heart.

Mr Lawrence will still be able to stay as a resident and does not risk being deported.

What is changing after Brexit?

Citizens’ rights have been among the most emotive issues to have arisen from Brexit but for the immediate future the question has now been agreed.

Freedom of movement will continue for EU nationals in the UK and UK nationals across the EU under the Withdrawal Agreement until 31 December. But what happens after that will affect millions of people.

In the UK, EU nationals have to apply for settled or pre-settled status by 30 June 2021, or by the end of 2020 if a final Brexit deal is not reached.

There were a number of cases last year of EU nationals who had lived in the UK for decades being initially rejected.

More than 2.7 million EU nationals have now applied and Downing Street has promised no-one who fails to apply by the deadline will be deported. The UK is now considering a “points-based system” that will include a minimum salary for applicants. Government advisors have recommended a minimum of £25,600 (€30,000; $33,000) annual salary.

In France, initially the only change this year will be that UK nationals will not be able to take part in local elections.

What will happen to Mark?

Mark Lawrence, 48, lives with his girlfriend and children in the village of Plazac in France’s picturesque Dordogne region. They have a son of two and Mr Lawrence has three children aged 10, 12 and 14 from his earlier marriage while his French partner, Camille, has another daughter.

The children were all born in France and are French, he says.

“It’s really not clear what’s going to happen,” he told the BBC. “It’ll be a year before they decide and I’ll get a citizen’s permit so I can stay. Quite frankly, with my citizenship I thought there was no problem in that I’ve been here so long.”

He applied to the local prefecture in Bordeaux in April 2019 and passed language and culture tests as part of the process.

But the authorities decided, having looked at his finances over recent years that “we cannot assume you are completely integrated professionally even though the most recent period is fine”.

He was rejected first in April and then on appeal in October. He can try again in two years’ time.

Thierry Suquet, head of the Bordeaux prefecture, told French TV: “We checked at the time of the request that the applicant for French nationality meets economic criteria, in other words makes a salary or has the resources to be economically independent and not in need of welfare benefits.”

Mr Lawrence is a self-employed carpenter who speaks fluent French and has never had French welfare benefits, even though he did stop working when his children were younger.

He is also on the 15-member town council and is actively involved in several social projects in Plazac.

Mayor Florence Gauthier told France 3 TV that she was very surprised that someone so integrated in society was rejected.