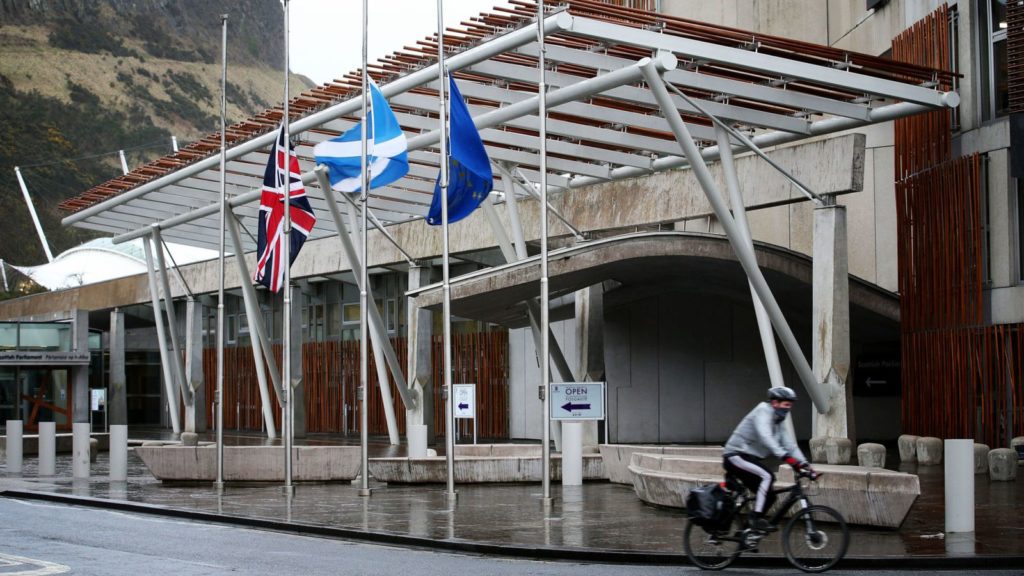 Scotland is demanding a seat at the table in post-Brexit trade talks with the European Union.

SNP Brexit minister Michael Russell said it would be an “injustice” if Holyrood was not given a role in the negotiations with Brussels.

It comes after a senior minister in Boris Johnson’s government promised the devolved administrations of Scotland, Wales and Northern Ireland will “absolutely” have a say in future trade talks with the EU.

The talks involved members of the UK government and the devolved nations.

Outlining the SNP’s case ahead of his statement, Mr Russell said: “Negotiations with the EU, and trade talks with other nations, will cut across a wide range of devolved matters, from environmental standards to agriculture, fishing and health.

“The Scottish government must have meaningful input to protect our country’s interests.

“It is bad enough that Scotland is being forced to leave the EU against its will.

“Not to have a say in the future relationship would simply compound that injustice.

“The Scottish government is committed to staying as close to Europe as possible.

“We believe that Scotland has the right to choose its own future and that the best option for Scotland is as an independent country within the European Union.

“But whilst we make that decision we must ensure that our interests are protected in any talks, at any time and held anywhere, that cover devolved competences.”

Britain will leave the EU on Friday, with the European Parliament ratifying Mr Johnson’s Brexit deal on Wednesday.

The 2016 vote for Brexit has reignited the SNP’s push for independence, something that has been rejected by Mr Johnson.

First Minister Nicola Sturgeon wants to hold a second referendum on the issue, arguing circumstances have changed since the first public vote in 2014.

A total of 62% of those who voted in Scotland backed staying in the EU.

On Wednesday, MSPs passed a motion put forward by Ms Sturgeon calling for a referendum to be held “so that the people of Scotland can decide whether they wish it to become an independent country”.

It calls on the UK government to “reach an agreement with the Scottish government on such a referendum taking place on a date and in a manner determined by the Scottish parliament”.