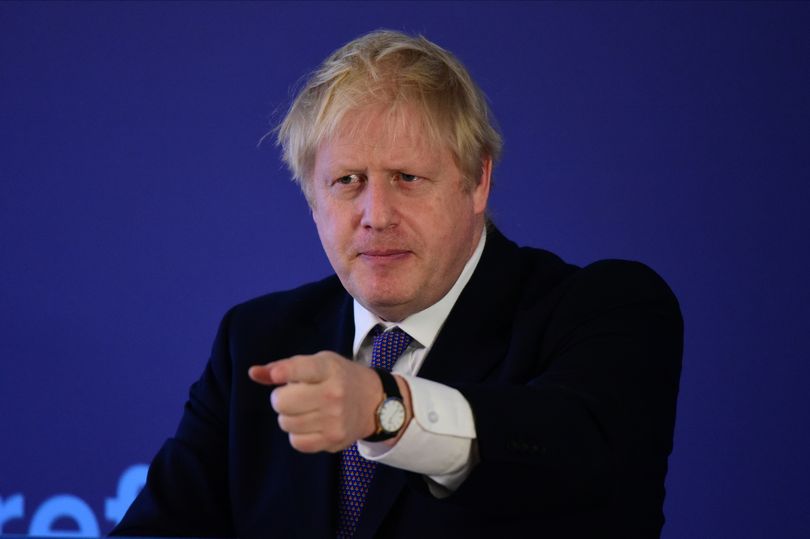 Boris Johnson has set out his vision for a trade deal with the EU, saying there is “no need” for the UK to follow Brussels’ rules.

The PM called for a Canada-style free trade deal, saying the UK would return to the Withdrawal Agreement if such a deal was not reached.

The party’s leader, Jeremy Corbyn, said the PM risked trade and investment in the UK if he kept “undermining collective agreements”.

Under the EU-Canada deal, import tariffs on most goods have been eliminated between the two countries, though there are still customs and VAT checks.

The flow of services, such as banking – which is much more important for the UK – between Canada and the EU are much more restricted.

Mr Johnson used his speech on “unleashing Britain’s potential” to raise the prospect of the UK reverting to World Trade Organisation (WTO) terms if EU chiefs refuse to sign off on a Canada-style free trade agreement.

In his speech in Greenwich, London, the PM said: “We have often been told that we must choose between full access to the EU market, along with accepting its rules and courts on the Norway model, or an ambitious free trade agreement, which opens up markets and avoids the full panoply of EU regulation, on the example of Canada.

“We have made our choice – we want a free trade agreement, similar to Canada’s but in the very unlikely event that we do not succeed, then our trade will have to be based on our existing Withdrawal Agreement with the EU.

“The choice is emphatically not ‘deal or no deal’. The question is whether we agree a trading relationship with the EU comparable to Canada’s – or more like Australia’s. In either case, I have no doubt that Britain will prosper mightily.”

Mr Johnson rejected the requirement for the UK to adopt Brussels-made rules “on competition policy, subsidies, social protection, the environment, or anything similar, any more than the EU should be obliged to accept UK rules”.

The PM added that he will seek “a pragmatic agreement on security, protecting our citizens without trespassing on the autonomy of our respective legal systems”.

He said the UK was ready to agree a deal on fishing with the EU and suggested that there would be annual negotiations on this.

When asked by the BBC’s Laura Kuenssberg whether he accepted that leaving the EU with no comprehensive trade deal could have significant cost for jobs and businesses, Mr Johnson replied: “We’ve got a deal, it’s a great deal, we’re out.”

“When I hear prophecies of doom I’ve heard them before, I don’t believe in them,” he added.

What we saw today was Boris Johnson trying to set the tone for these crucial negotiations.

He wants to go into them on the front foot, with a much more direct, assertive, even aggressive if you like, approach than that of Theresa May.

And, if at the end of all that we can’t reach any sort of agreement, Britain will still prosper.

It seems to me the speech was all about muscle flexing ahead of the negotiations.

But be in no doubt, a trade deal with the EU is of huge importance to the British economy, and deals require compromise, whatever the rhetoric.

In a speech in Brussels, Mr Barnier, the EU’s chief negotiator, offered a contrasting vision to Mr Johnson’s.

He said the EU was ready to offer a “highly ambitious trade deal as the central pillar of this partnership”, which included zero tariffs and zero quotas.

But, he said, this was dependent on the UK agreeing to “specific and effective guarantees to ensure a level playing field” so competition “is and remains open and fair”.

There would also need to be an agreement on fisheries to allow “continued reciprocal access”, he said.

Mr Barnier said all goods coming into the EU will need to comply with its rules on health or other standards and, as a result, goods entering the union “will be subject to regulatory checks”.

“Businesses must adapt now for this new reality,” he said.

The more standards the UK and EU had in common, the better the access the EU will be able to offer to its market.

“Will the UK continue to adhere to Europe’s societal and regulatory model in the future or will it seek to diverge?” he said.

“The UK’s answer to this question will be fundamental.”

Foreign Secretary Dominic Raab made a statement in the Commons reiterating the prime minister’s speech, saying there would be no alignment with the EU or jurisdiction given to its courts.

“Now is the moment to look ahead with confidence and ambition,” he said. “Let us show the world that our finest achievement and greatest contributions are ahead.”

But Labour’s shadow Brexit minister, Paul Blomfield, said many of the issues of the past three years will resurface during the negotiations.

“We will continue to be dogged by the central dilemma that was at the heart of so much of the wrangling over the last three years,” he told MPs.

“[Will the] new relationship be determined by the economic interests of our country or by the ideological commitments to break with the European social model that drove so many of the Brexit enthusiasts?

“I am sorry to say that today’s statement suggests… that ideology has trumped common sense.”

The SNP’s Stewart Hosie also condemned the stance taken by the government, saying its plans “risk making the UK a smaller, insular and more isolated place”.

Labour’s Mr Corbyn added: “Throughout the election campaign… the prime minister kept assuring us that there was no danger of this country becoming an undercutting island… yet at the same time removes the legislative protection that makes sure we don’t become an undercutting economic unit.

“The European Union will no doubt be very strong on maintaining alignment and regulations. He has got to come up with an answer.”

What is a Canada-style agreement – and what about Australia?

In 2016, the EU signed a trade agreement with Canada – and this deal could be a template for the UK’s future relationship with the EU.

The Canada deal gets rid of tariffs (taxes) on the majority of goods traded between the countries – some “sensitive” food items, including eggs and chicken, are not covered by it.

The EU/Canada agreement means public contracts are opened up to each other’s contractors – so Canadian companies can, for example, pitch to build French railways.

It also means Canadian products going to the EU have to comply with EU standards (for example on food and product safety) and vice versa.

Services – a sector which makes up about 80% of the UK economy – are only partially covered by the deal.

Importantly for the UK, this type of agreement does not cover financial services meaning UK-based banks would not be able to serve clients in the EU without licences from individual countries.

At the moment, trade between the EU and Australia is based on a limited “partnership framework” agreed in 2008, covering co-operation in a wide range of economic areas and agreements on things such as mutual recognition of product standards.

Negotiations between the EU and Australia on a fully-fledged free trade agreement began in 2018.

Business groups called for more details of the UK’s objectives, the Institute of Directors saying the government “can’t just stick to red lines”.

And critics hit out at Mr Johnson’s suggestion of a deal with the EU “like Australia’s” with acting Liberal Democrat leader Sir Ed Davey calling it “no deal in all but name”.

Sir Ed added: “Deliberately hollowing out our trade is nothing short of a scorched earth policy for our economy.”

In addition to a deal with the EU, the government also wants to make progress in striking free-trade agreements with countries such as the United States, Japan, Australia and New Zealand.

Trade talks between Britain and the EU are due to begin in March and the bloc’s own approach to the negotiations needs to be agreed by all 27 member states.

While the UK officially left the EU at 23:00 GMT on Friday, it will remain wedded to EU rules during a transition period which ends in December this year – the PM has said it will not be extended.